A Blizzard of Tax Changes are Headed Your Way

A Blizzard of Tax Changes are Headed Your Way

by Brendon Pack, December 2018
GET STARTED ›

As most of us have heard by now, the new tax law that passed last December, the Tax Cuts and Jobs Act (TCJA), made substantial changes to the U.S. tax code for both individuals and businesses. Well, whether we did anything or not or we're prepared for it or not, the fact is, when the calendar changes to January 1, the result of those changes will be set. So before you have your last eggnog, while you're in the midst of shopping and before the celebrations kick-off, you may want to carve out a little time with a tax advisor to understand how the new tax law is going to affect you personally. 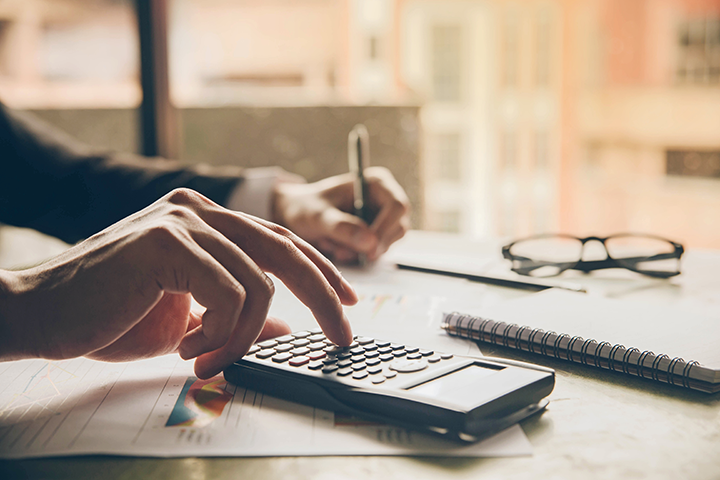 Otherwise, you may receive more (or less!) than you bargained for in your stocking and/or under the tree come the first of the year.

Here are some key high (and low) lights of what's yet to come:

Charitable Deductions No Longer So Charitable

No Re-Gifting for Retirement Accounts

The new tax law eliminated the conversion option. So, while Roth conversions may still be your best bet, you and your tax accountant will need to analyze your financial situation to determine which retirement account option is best for you.

Lighting a Candle for Education

Education plans, commonly called Section 529 plans, provide a way for taxpayers to save for higher education costs. The earnings in such an account are tax-free. More than 30 states also allow a deduction or credit applicable to state income taxes for taxpayers who contribute to these accounts.

Now, the new tax law allows taxpayers to use up to $10,000 each year in these plans for elementary and high school costs at public, private, or religious institutions. This option offers taxpayers an additional planning tool they didn't have before.

Taxpayers in high-tax states, such as California, New York and New Jersey, have traditionally been able to create trusts in states that don't tax trust income as a way to eliminate their state income tax exposure. These are called “Incomplete Gift, Non-Grantor (ING) Trusts."

With the SALT caps now in place, taxpayers in these states may find that creating an ING trust can save them even more tax dollars than previously. Be aware, though, that INGs have specific rules and must be carefully structured.

Incorporating May Be a Gift that Keeps On Giving

For businesses, the new tax law drastically reduced corporate income taxes to 21 percent, a whopping 40 percent cut. At the same time, the new tax law provided a 20 percent deduction on pass-through income, which brought the effective tax rate on such income down to 29.6 percent. Pass-through income typically is reported by sole proprietors, LLCs, partnerships, and S corps.

Depending on your business, it may be advantageous for you to change the structure of your business from, for example, an S corp. or LLC to a C corp. Bear in mind, however, that owners of C corps. still pay a second level of tax when income is distributed or stock is sold. So the tax savings could easily be wiped out unless there are other mitigating circumstances.

In June 2018, the U.S. Supreme Court ruled on South Dakota v. Wayfair, deciding that states may require remote sellers that meet a certain threshold to collect sales tax, even if they don't have a physical presence in that state. It's become known as the “Wayfair Tax," and it's an important change for all types of sellers of goods or services in locations throughout the U.S.

Some states have already put in place laws to collect sales tax from newly qualifying businesses. Make sure that, if you do business in those states, you are collecting adequate sales tax. Otherwise, you may find yourself with a big bill come tax time. Also, you will want to make sure your technology, accounting systems, and personnel are all up to speed with effectively collecting and remitting sales tax in states where you need to do so.

As you've seen, the Tax Cuts and Jobs Act provides a number of tantalizing opportunities while at the same time exposing you to unforeseen pitfalls. When it comes to your individual tax situation for either you or your business, speaking with a knowledgeable tax accountant before the end of the year can reap rich rewards come the New Year.

Learn how the Tax Cuts & Jobs Act can save you thousands on your taxes by scheduling a consultation with a Small Business Tax Specialist from 1-800Accountant today.

How to Use a Purchase Agreement
Especially when it comes to large or complex transactions, using a purchase agreement can be the best way to handle the sale and purchase of goods. Find out what this legal document should contain and when you should use it.
read more

How to Buy a Business
Buying an existing business can save you a lot of time and effort. But ask yourself, why is it for sale? And at an attractive price? The moral: be very, very careful.
read more

10 Mistakes New Business Owners Make
Starting a new business can be fun and exciting, but don’t let your enthusiasm prevent you from taking the time to plan your business strategy and protect yourself legally or financially. Here are 10 common mistakes to avoid.
read more

How to Purchase an Existing Business
Building your own business is hard work. That's why many entrepreneurs choose to buy an existing business rather than starting from scratch. But how can you avoid sinking all your resources into a business that is sure to fail? What should you look for? What should you avoid? This article will help you evaluate the advantages and disadvantages of buying an existing business, as well as provide you with some tips that should help guide you as you make what is bound to be one of the most important decisions you will ever make.
read more

What is the owner of an LLC called?
If you’re the head of a new LLC, you’ve got a lot to do – including choosing a title for yourself. You aren’t required to use any particular title, but you do need to make sure that the title you choose is appropriate and doesn’t mislead anyone. Here are some guidelines.
read more