How Tacos Brought Everything Together for Armando De La Torre

Guisados specialty taco restaurants in Los Angeles started small, way off the beaten track. But thanks to the passion of entrepreneur Armando De La Torre, a tiny shop has become a restaurant empire that regularly tops "Best of Los Angeles" culinary lists.

Armando De La Torre tears up when he talks about the early days of Guisados, his taco shop that consistently lands on "Best of Los Angeles" foodie lists.

"It's an emotional thing for me," he admits.

De La Torre is a first-generation Mexican-American with the kind of energy and fearlessness that motivates true entrepreneurial zeal. When he decided to go into business for himself, opening a specialized taco shop, he knew the odds were against him. He had no food experience and no business expertise. But the urgency of his desire to succeed at something he loved made him jump at the chance to pursue an idea with only his guts to rely on.

De La Torre grew up with a father who had his own real estate business and a mom who was an excellent cook. So he skillfully combined these two influences into "Guisados," the name he gave his new enterprise. His idea was to open a taco shop that served corn tacos, open-face with a mound of flavorful "guiso" or "braises" on top. ("Guiso" is Spanish for "stew," which is created by braising).

"Traditional Mexican food is not combination plates. Mexican food is guisos—stews—with complex flavors that attest to the skill and love of the people who cook them. When I was a kid, that's what we came home to," he says.

De La Torre's first shop wasn't exactly designed for foot traffic, but the price was right. Since his father owned the building, he received free rent. He also got free advertising as word-of-mouth spread about Guisados, attracting the culinarily curious from across L.A. The shop flourished, so much so that he soon opened a second Guisados, then a third. He now has five thriving restaurants and is building two more, in Koreatown and Beverly Hills, adding to his restaurant empire.

When he realized his business was going to be more than a one-hit-wonder, De La Torre thought he'd better take all the legal steps necessary to set it up correctly. Soon after, he happened to be out at a restaurant supply house and saw a commercial from LegalZoom.

He had heard the name before so it caught his attention. "I listened and thought, 'well, that might be an easy way,'" he says. He called in and they walked him through it. "It was pretty simple. I said, is that all it takes?" He couldn't believe he could do it himself when he was going to pay an attorney thousands of dollars to do it for him.

That experience freed up De La Torre to focus on the food and the emotions it can evoke. He recalls a particularly profound moment in his original shop.

One day a customer was sitting quietly eating a taco. "I looked closely and saw that he was crying," De La Torre says. "I went over and asked if everything was OK."

The man told him that his mother had recently passed away and he'd been cleaning out her house, just down the street from the restaurant. He stopped in for a quick lunch but found so much more. "Your guisos caught me completely off guard," the man said. They taste just like my mom's. Eating your tacos brought her back to life for me."

"When I started, I was at a loss what to do with my life," he says. "But Guisados has brought me so many blessings. It's brought me closer to my family than ever before and given me a chance to do something I feel passionate about—making great food for friends with the people I love." He smiles, "And I actually get paid for it!"

The Family and the Future

From the beginning, Armando has shared responsibility for Guisados with his son, Armando Junior, who oversees the chain's day-to-day operations.

On a trip to Chicago, Armando was amazed to discover that strangers there already knew about Guisados. Because, it turned out, of social media. Armando Jr., had been building Guisados reputation for years on major social platforms. Their little taco shop was now known not only in Chicago but around the world.

Armando realized his family—his son—had found the key to the future for Guisados.

How to Copyright a Book 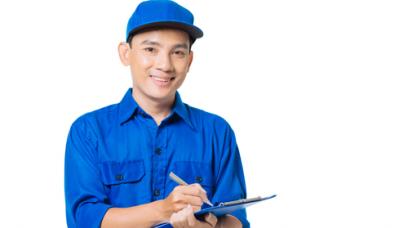 How to Place Property in an LLC

Should you decide that—for one reason or another—you want to move some property into your LLC. know that the possible consequences can get complex.

If you want to buy out a member, sell your business, or transfer ownership, you'll need to start by consulting your operating agreement, which may have selling instructions already in place.