Power of attorney requirements in Illinois by Edward A. Haman, Esq.

Power of attorney requirements in Illinois

Power of attorney can give you peace of mind by ensuring that your financial and healthcare matters are taken care of in the event you can't be present to sign documents, or if you become incapacitated. Let's look at the state of Illinois requirements for granting power of attorney.

A legal document called a power of attorney (or POA) can assure that your financial and healthcare matters are taken care of in the event you can't be present to sign documents, or if you become incapacitated.

What is a power of attorney?

A financial POA giving the agent broad powers to represent the principal in just about any matter is called a "general" POA. A "limited" or "special" POA is one that limits the agent's authority in some way, such as limiting it to a single transaction, a certain type of transaction, or to a limited amount of time.

What are the general POA requirements?

The law governing POAs—both financial and medical—is found in the Illinois Compiled Statutes, Chapter 755, Article 45, known as the "Illinois Power of Attorney Act."

The basic requirements for a power of attorney in Illinois for financial matters are that it must:

For both financial and healthcare POAs, agents and witnesses must be at least 18 years of age. There are limitations as to who may be a witness.

Does Illinois have a financial power of attorney form?

The best way to understand POAs, and to be sure the power of attorney requirements in Illinois are satisfied, is to use the Illinois Statutory Short Form Power of Attorney for Property created by the Illinois legislature. This form may be found in the Illinois Compiled Statutes, Chapter 755, Article 45, Section 3-3. It includes instructions for each section of the form.

The form lists several categories of financial transactions. Your agent will have the power to engage in all of these types of transactions unless you cross out (actually draw a line through) the ones you do not want your agent to have. You can also cross out other provisions, as indicated by the instructions.

The form has space for you to fill in when the POA will become effective. Examples of two common provisions are:

The form must be signed by the principal before at least one witness and a notary public. The witness section of the form states that certain persons may not be a witness (basically certain healthcare providers, relatives of the principal and agent, and the agent are prohibited from being witnesses). There is a place for a second witness because a second witness is required in many other states.

What about a healthcare power of attorney?

An Illinois Power of Attorney for Health Care has been created by the Illinois legislature. This form must be signed by the principal and one witness. It does not need to be notarized. Like the financial form, this form includes detailed instructions, including an explanation of the types of persons who may not serve as a witness. This form may be found in the Illinois Compiled Statutes, Chapter 755, Article 45, Section 4-10.

Why use the statutory forms?

Creating a power of attorney in Illinois that meets legal requirements is most easily achieved by using the official forms. This will also make it more likely that the POA will be readily accepted by the people and organizations it will be presented to by your agent. 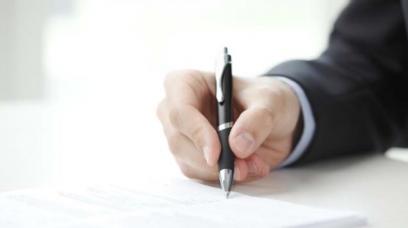 If you're required to file a quitclaim deed in Illinois, some of the forms and exemptions you'll use and claim may surprise you. Follow these guidelines so you'll know exactly what to do to properly file your deed.

Illinois Last Will and Testament

Illinois has specific requirements for making a last will. Learn more about getting a last will in Illinois, including how to change the will, what happens to your property when you pass away, and more. 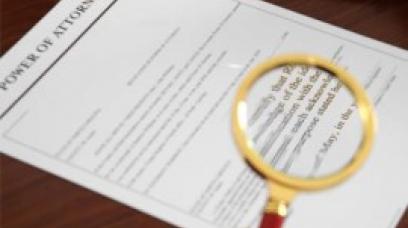 5 reasons to revoke a power of attorney

An essential element of your estate plan, a healthcare proxy takes effect when you're temporarily incapacitated—but requirements vary by state.