You have a Facebook page for your business, but traffic to it isn't as good as you hoped it would be. Rather than waiting around for potential customers, try creating promotions that will get them to flock to you.

Facebook is a modern phenomenon. A large percentage of Americans are active Facebook users, half of which log in every day and spend an average of 30 minutes on the popular social networking site. It's safe to say that Americans love their social media.

It's no wonder why businesses large and small are flocking to Facebook to get in front of new customers. Along with the ever-growing Facebook fan base and an easy-to-navigate website—creating a brand presence on Facebook isn't difficult. After all, a Facebook page is essentially the same thing as an individual's personal Facebook profile—only for your business, right? Well, kind of…but not exactly.

Business Facebook pages might appear similar to personal profiles (the recent rollout of Facebook's Timeline layout notwithstanding), but there are several core differences between the two. For example, literally anyone can “like” (become a fan of) a company's Facebook page without the approval of the business owner or page administrator. Also, business Facebook pages have in-depth analytics attached to them that give the business owner insight into who “likes” their business on Facebook as well as other key data. Lastly, businesses can add custom-designed content such as tabs, promotions, or contests to their fan pages.

So How Do You Get Fans?

What many newcomers don't understand is that simply having a business Facebook page is not enough. Generally speaking, the average Facebook user does not log in to Facebook on a daily basis to check out businesses. The majority of Facebook users spend their time interacting with friends and family, playing games or sharing photos. You can never assume that, out of the millions of things that compete for a Facebook user's time and attention, people will visit your page without there being a clear reason for them to do so. Among the best and most popular ways to get the attention of the masses on Facebook is to run a promotion.

While this may sound trendy, the bottom line is that Facebook promotions are popular because, if they're done well, they work!

In fact, the number one reason consumers choose to interact with a business on Facebook is to enter a contest or promotion, claim a coupon, take part in a giveaway or receive some other benefit (such as free legal advice). Facebook promotions are a great way for businesses to find more potential customers to interact with.

Every business is unique and not every Facebook promotion you create will be a homerun. But as with most business strategies, you won't know until you try. There's almost no risk or downside to offering a promotion on Facebook. The minimal investment in time, the prize(s), and application will pay off in the end.

After all is said and done, once you find promotions that work well for your business, you may want to make social media promotions a regular part of your business marketing plan. 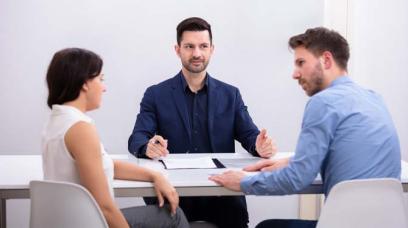 Getting divorced doesn't have to be an expensive, stressful, or lengthy process fraught with animosity.