President Obama has ordered a variety of immigration changes to increase border security, remove immigrants that pose threats, and provide deferred status to some immigrants. Learn more about these immigration law reforms.

One of the key provisions of Obama immigration is increased border security. By increasing the number of border patrols, undocumented immigration has stopped rising and has remained at the same rates as it was in 2007. The plan has allowed shifting of personnel with seasonal changes. Undocumented children crossing the border without parents are no longer easily entering with border security step ups. Victims of human trafficking are being offered immigration options in exchange for cooperating with investigations. Further comprehensive immigration reform proposed by President Obama includes strengthening border presence, centralizing border security command, and cooperation with other countries to reduce illegal immigration.

Obama on immigration has increased crackdowns at the border, catching undocumented immigrants as they attempt to enter, and sending them back immediately. The immigration plan also has shifted focus to deporting immigrants who pose a threat or create a problems—those involved in terrorism, violent crime, and gangs as opposed to chasing down law-abiding men and women who often have families in the U.S. This priority enforcement program focuses on removing illegal immigrants that pose the greatest threat to the U.S.

People who have entered the U.S. through illegal immigration do not have Social Security numbers, and it is often cited that they cannot and do not pay taxes. However, any undocumented worker can apply for a tax identification number and use that to pay taxes. Many already do this, but most are afraid to make their undocumented status known to the government. When President Obama‘s introduced immigration plans (via executive order instead of immigration reform bill) are an important component to institute criminal background checks and ensure immigrants pay taxes.

The President has proposed two plans which would require immigrants to undergo background checks and pay taxes if they work in the U.S.: DACA (Deferred Action for Childhood Arrivals) and DAPA (Deferred Action for Parents of Americans and Lawful Permanent Residents). DACA has been enacted but an expansion of it has been held up by court challenges. DACA allows people who entered the U.S. illegally as children to apply for deferred status. Deferred status allows a person to work in the U.S. but does not grant citizenship. The programs places these immigrants into a category in which they will not be actively deported.

DAPA is a similar program which will apply to illegal immigrants who are parents of legal Americans (including children of undocumented parents and children who have achieved citizenship through the immigration process) or lawful permanent residents. DAPA immigrants will undergo a background check, be granted deferred status, be permitted to work, and be required to pay taxes. 3.7 million adults will be permitted to remain in the U.S. if this program is enacted. Deferred status will last for three years at a time and is renewable. This executive action is being challenged in court and is not yet effective. By allowing illegal immigrants to register and obtain work legally, the intent is to cut down on undocumented workers in general, pressuring companies to only hire those who are documented.

The latest immigration reform news is constantly changing and there are likely to be changes ahead as the court challenges to the President’s orders are resolved. Decreasing illegal border crossings, providing a way for immigrants to register and work, and focusing deportation on immigrants who pose a risk is a comprehensive plan that will shape the future of immigrants in America. 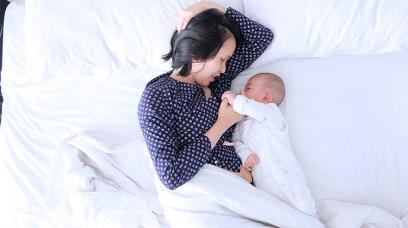 Who is an Undocumented Immigrant?

Undocumented or illegal immigrants are at the heart of much debate and controversy as immigration laws are proposed and considered. How to Get a Green Card

Obtaining a green card is a dream for many immigrants. The process is complex and can be time-consuming. Find out how to qualify and how to apply.