Why Can't Some Juries Convict on Circumstantial Evidence? by Michelle Kaminsky, Esq.

Why Can't Some Juries Convict on Circumstantial Evidence?

Much of the public may not have sympathized with O.J. Simpson and Casey Anthony, but was it the jury's fault that much of the evidence was circumstantial and therefore with enough reasonable doubt to acquit them? And so the controversy surrounding circumstantial evidence continues.

What do these high-profile murder cases have in common? All three juries were presented with a mountain of circumstantial evidence in support of conviction—but only one, the Peterson jury, found that proof of guilt was beyond a reasonable doubt. How is that possible?

The bottom line is that in each case, it was up to the members of the jury—as agreed upon by both the prosecution and defense—to weigh all the evidence presented and come to its decision. Indeed, this is the job of every criminal trial jury. And while different juries on the same set of facts and evidence could come to different conclusions, they all operate under the same judicial framework, as described below.

Beyond a Reasonable Doubt

The prosecution can prove guilt beyond a reasonable doubt by building a case through direct and/or circumstantial evidence.

Of course not all circumstantial evidence is created equal; some is stronger or weaker than others, and this is where jury discretion comes in. It is up to the individual members to weigh the importance of each piece of evidence and then come to a conclusion together as to whether the prosecution has proven guilt beyond a reasonable doubt.

As noted above, a jury's job is to weigh all the evidence presented at trial. The jury is permitted to draw inferences from evidence, so long as they arise from proven facts and are logical and reasonable—they cannot be based on speculation. Indeed, juries are instructed that legally speaking, there is no distinction between direct and circumstantial evidence.

Taking the Anthony case as an example, the prosecution's theory was that Casey Anthony used chloroform to suffocate her daughter. Unfortunately for the prosecution, though, the state of decomposition of Caylee's body prohibited a definitive determination on the cause of death. Moreover, the prosecution had no “smoking gun” for the chloroform theory such as a bottle of the organic compound with Casey Anthony's fingerprints on it. That could have been strong circumstantial evidence of guilt, but it just didn't exist.

What the prosecution did have was Internet searches for information on chloroform from a computer in the Anthony house and traces of the substance in the trunk of her car. While the jury could have drawn an inference that these taken together, along with the fact that Anthony didn't report that her child was missing for a month, proved that Casey Anthony used chloroform to suffocate her daughter—but they just didn't feel they could find as such beyond a reasonable doubt.

At least one jury member has stated that the prosecution's failure to definitively establish a cause of death created doubt in their minds. Moreover, regarding the chloroform specifically, Casey's mother testified that it was she who had performed the searches, and an expert forensic witness for the defense refuted the prosecution's experts' testimony that claimed “shockingly high” levels of chloroform in the trunk by saying he only found low levels of it.

Accordingly, the jury concluded it was left with reasonable doubt regarding Anthony's guilt of the most serious crimes charged and had no choice but to find her “not guilty.” Whether this decision was reasonable is likely to be debated for years to come.

It is important to note that our justice system is one that is based on the presumption of innocence until proven guilty and Blackstone's formulation that it is "better that ten guilty persons escape than that one innocent suffer.”

Thus, the burden of proof for the prosecution is quite high; sometimes even with amazing advancements in technology, prosecutors aren't able to convince a jury that the defendant's guilt has been proven beyond a reasonable doubt—and sometimes the public disagrees with that decision. But public opinion doesn't matter to the justice system, and where there's reasonable doubt in the jury's collective mind, there simply can be no conviction. 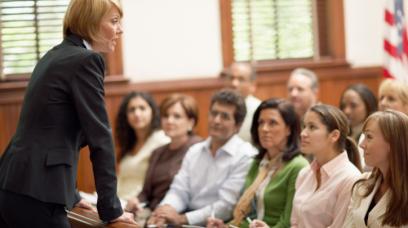 You're on trial for a crime, but you don't think you should be convicted even though yes, you did commit the crime. Is this possible? Absolutely. Understand the possible defenses in a criminal court case and you may be allowed to technically break the law, but not be found innocent of wrong-doing. 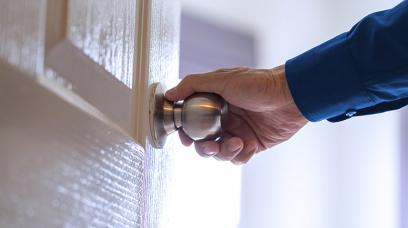 The gray areas of law are rarely as black and white as with the Alford Plea—innocent but guilty beyond a reasonable doubt. While it may serve to bend the rules of the law, this plea can sometimes be the only recourse the accused have at maintaining their innocence.