Disabled Inventors: Necessity Is the Mother of Invention by Katherine Butler

Disabled Inventors: Necessity Is the Mother of Invention

Inventors are known to tackle problems they encounter in their everyday lives. For disabled inventors solving these problems can have a life-changing impact, not just for themselves, but others who can benefit from their ingenuity.

For many Americans, disabilities are a reality. According to the US Center for Disease Control and Prevention, more than 20 percent of the nation's population—or 49.7 million Americans—are living with disabilities.

Many inventions are created by people with disabilities who have, through their inventions, made their lives easier or regained some of the freedom lost to their disabilities.

Here are the stories of a few of these notable inventors.

If you are a disabled pet owner, bending down to feed your pet can be a chore. But inventor Ray Dinham of Great Britain has created a device to change that.

Dinham's cerebral palsy made it difficult for him to feed his pets. So he created DinnerUp , a device that mounts onto a kitchen counter or door. Using a hand crank or clutching system, it lifts the attached bowls to a level that is easy to reach without bending and then lowers them back to the floor.

When teenager Ralf Hotchkiss was thrown from his motorcycle, he became permanently disabled. Nineteen years later, this engineer created the Torbellino wheelchair, a state-of-the-art wheelchair with features that make it easier to get into and out of.

Hotchkiss's main motivation was to make wheelchairs more available to wheelchair riders in Third World countries, so upon perfecting his design, he set up small, local factories to produce inexpensive wheelchairs in low-income areas around the world.

He has written a book to guide others in establishing their own local factories in Third World countries and founded Whirlwind Wheelchair International, a non-profit that aims to make wheelchairs available to all who need them.

Temple Grandin was diagnosed with autism when she was three years old. As a child, she noticed that she found relief in the physical sensation of being held or hugged, but would become over-stimulated by human interaction. Because autism affects social interaction and sensory stimulation, hugs can cause overstimulation and discomfort in people with autism; however, the deep pressure stimulation provided by hugs is a source of comfort just as it is for those without autism.

At the age of 18, Grandin designed and built herself a hug machine to replace human hugs. That way, she could have the soothing benefits of a hug without the stressful interaction. Today, hug machines are used in autism therapy to relieve stress and tension.

Donald Beyette was born in 1949 with Holt Oram syndrome, a disease that manifests abnormalities of the upper limbs and heart. Then in 2001, he was crushed in an accident in his muffler shop.

As he recovered, he invented the Grab-a-Cane, a grabber and a cane in one. The grabber makes picking up small or out-of-reach items easier, and it's always handy because it's combined with a cane. 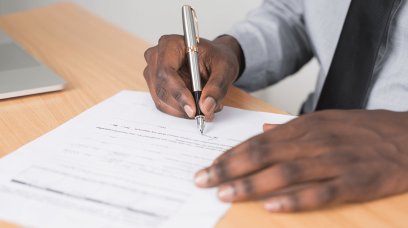 The complete guide to legally changing your name