How Do Family Courts Split up Debt Upon Divorce? by Ann MacDonald 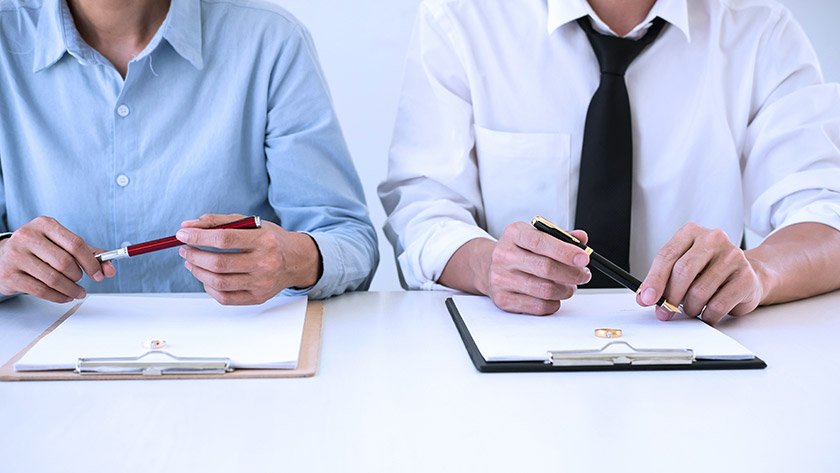 Debt may be as American as apple pie and baseball. After all, most American couples owe a staggering amount of money. They have mortgages on their homes, loans for their cars and use credit cards for both real emergencies and "emergency" luxury purchases.

That debt may seem inconsequential when you are nesting in wedded bliss and everything is right in paradise, but if the marriage falls apart, who gets left holding the bills?

Family Court and the Bills

When people file for divorce, their first thought is frequently about their assets. However, debts are just as important since they also factor into a couple's net worth.

Look at every bill and financial statement that comes into your house to get an accurate picture of your economic position. Both spouses should have equal access to the family's financial data and be involved in important money decisions.

As part of the divorce judgment, the court will divide the couple's debts and assets. The court will indicate which party is responsible for paying which bills while dividing property and money.

Generally, the court tries to divide assets and debts equally; however, they can also be used to balance one another. For example, a spouse who receives more property might also be assigned more debt.

It's important to note that laws for dividing debts and assets vary by state. Some states take into account the assets and debts each party brought to the marriage.

In states where community property rules, everything in the marriage is owned equally. Of course, one must also keep in mind that a prenuptial agreement would affect any settlement.

When Your Former Spouse Doesn't Pay

Although this may seem unfair, it is actually done to protect the rights of the creditor.

So, what is the best thing to do if your ex isn't paying and the credit card company is hounding you? You can petition the court to enforce the divorce agreement. Your spouse must then appear in court to explain why the order is not being followed and may be punished with fines or jail time.

If you can afford to, pay the debt and keep proof of your payment. Then, notify the family court and ask for assistance in getting reimbursed from your ex.

Like the chicken and egg, divorce or bankruptcy often go hand in hand. Sometimes the financial strain of a bankruptcy can be the last straw and a couple splits. Other times, the result of a divorce settlement is that one or both parties cannot pay their assigned debt and it's straight to bankruptcy.

The important thing to note is that filing for bankruptcy does not stop payments for child or spousal support. Bankruptcy court will keep other creditors away, but court ordered family support maintains priority in bankruptcy judgments.

The Best Divorce Debt Is No Debt

Debt adds complexity to a divorce and keeps ex-spouses connected just when they are trying to separate. The best scenario is to clear debt before or during divorce.

Barring that, it is critical to have a clear picture of your finances so you can make sure assets and debts are both appropriately dealt with in court. If all goes well, you will be building, not breaking, the bank.