The Utility Patent: What Is It and What Does It Protect? by Joe Runge, Esq.

Utility patent applications seek to protect new machines, systems, and other useful inventions. A utility patent is among the most valuable forms of intellectual property, but it comes at a price. The utility patent cost can be enormous. Utility patents for simple inventions can cost a few thousand, with complex technologies costing tens of thousands.

How to Get a Utility Patent

As you begin to describe your invention, break it down into a series of essential and nonessential parts. For example, your new mechanism to drive a 10-speed bicycle may contain most of the parts of a standard bicycle: the gears, the chain, and the pedals. However, it also contains a new design for a tensioner that is inspired from a chainsaw.

Conduct a utility patent search to see if anyone has ever patented or published a similar design. You will readily find most of the elements of a standard bicycle. The trick will be to find a bicycle that uses your new, chainsaw-inspired tensioner as well.

A patent search is critical before you file your patent. If you find a patent that uses the same tensioner, then you are going to have hard time getting a patent. It is better to find out before you go through the cost of filing a utility patent application than afterwards.

This teaching requirement is well illustrated by the difference between utility and design patents:

Inventors file patents to get issued claims. In return for teaching the public how to use the invention, the patent office issues the inventor the right to stop others from making, using, or selling the inventor's invention. Utility patents contain a series of numbered sentences that claim the invention. If another person makes, uses, or sells the exact thing described in a patent claim, then that person is infringing the inventor's patent.

The claims recite the essential elements of the invention. The patent examiner will argue with the inventor that the combination of elements in the patent claim must be both novel and non-obvious. Returning to the bicycle utility patent example, your bike chain invention will recite all the parts of a chain, the gears, and your chainsaw-inspired tensioner.

For example, the examiner may not find a bicycle with your chainsaw-inspired tensioner, but he can find the tensioner on a chainsaw. The examiner can combine a bicycle patent along with a patent application for a new chainsaw—that includes the same tensioner—to reject your invention as obvious.

Unlike a rejection based on novelty, you can argue that no one would ever think to combine a chainsaw and a bicycle or that combining the two produces results no one would have anticipated.

For a rejection based in novelty or obviousness, you can always amend your claims to get around the rejection.

For example, mounting the chainsaw tensioner onto a bicycle might require a particular kind of bracket. If you include the bracket in your claims, and if that bracket is not in the chainsaw patent or the bicycle patent, then you may get around the rejection. Just remember, the more things you put into your claims, the easier it will be for a competitor to get around your patent.

Utility patents are among some of the most valuable assets in the world. They give inventors the exclusive commercial rights to the latest technology, in exchange for which they also are difficult to write, expensive to get, and complicated to understand. 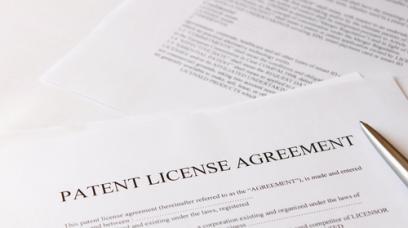 How to File a Patent 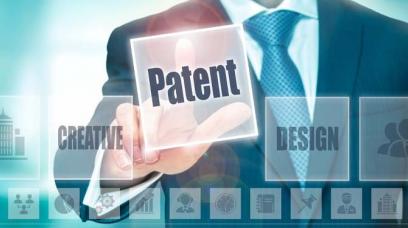 A patent can provide powerful protection for your invention—but not all patents are created equal. Learn the difference between utility and design patents, and how each might apply to your invention. 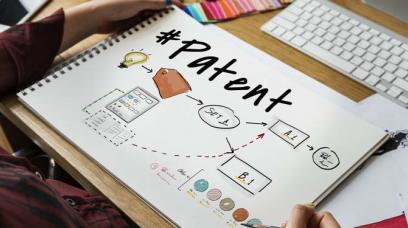