Top tips to deal with a neighbor disputes by Monica Sanders

Top tips to deal with a neighbor disputes

At some point everyone has had a neighbor that plays their music too loud or thinks the only way to park a car is on bricks. Neighbor disputes are quite common. But you don't have to go to uncommon lengths to work out your differences.

Now this is a true story... a Texas man was sentenced to a year's probation for beating his neighbor with a shovel. Apparently some bad blood had developed between them when one family put a pool in and failed to replace a fence taken down in the process. After weeks of feuding, the man took matters, and his gardening tool, into his own hands.

Another fed up neighbor took a less violent, but equally public approach to getting back at his irritating neighbor, dedicating an entire website called neighborhole.com to his neighbor's bad taste.

At some point everyone has had a neighbor that plays their music too loud or thinks the only way to park a car is on bricks. Neighbor disputes are quite common. But you don't have to go to uncommon lengths to work out your differences.

Your First Course of Action

Calling the police or suing should not be your first course of action. One of the easiest things to do is to try talking to your neighbor about the problem. Believe it or not, some people aren't even aware they're being a nuisance. A good first step is to schedule a face-to-face meeting and calmly tell them about your concerns.

If that doesn't work, it's time to put your complaints on paper. Before you even begin, you must research whether you have a legal leg to stand on in this dispute. There are a few places to start. First, determine what kind of dispute you have: noise, property line, dog dispute or even parked cars. Then, go get a copy of your local ordinances. Most counties and cities have ordinances to address these issues. Second, if you live in an area with a homeowner's association, look up the bylaws. It will clearly start what is and isn't acceptable in the community. Either way, take the ordinance or the by-law, make a copy and provide it to your neighbor. Then, explain that you would like to resolve things without going to the authorities.

Is their music still keeping you up all night? It is quite common for neighbor to retaliate by either ignoring you or doing it more often. In the noisy neighbor case, they may have even turned the volume up a bit. Well, now, it may be time to call the police. The police will often respond to noise complaints and remind the offending person about the same noise ordinances mentioned earlier.

However, if things have gotten bad enough to call the police, it may be time to ask for mediation. Mediation is often cheaper and less threatening than going to court. Again, you may want to look to your homeowner's association. Many of them have mediation boards. If not, most cities offer free or low cost mediation services. Just call and the service will find an impartial professional to sit down with you and your neighbor. They will help you come to your own compromise. Some will even spare you the pain of calling your neighbor by setting up the time and place of the mediation.

By this time, most rational people will have found a way to peacefully co-exist. But, you may live down the street or next door to someone who's unusually difficult. In this case, small claims court may be a viable option. It will help you get their attention, and maybe even a little money.

Whether you're leasing or buying, most states say you are entitled to something called the "quiet or peaceful enjoyment" of your home. You can sue them for nuisance if their noise or other activities interferes with your enjoyment of your property. In the lawsuit, you can ask to be compensated for the loss of this enjoyment. The idea of losing money should be enough to give even the toughest neighbor pause. If not, consider calling a mover, or sharpening your shovel. 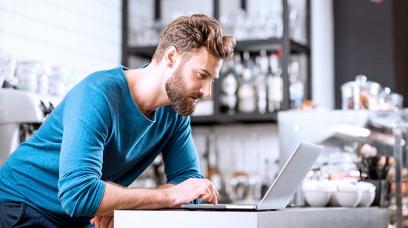 7 Tips for Choosing a Business Name

Use these guidelines to help find a business name that is memorable, on-brand, and legal. 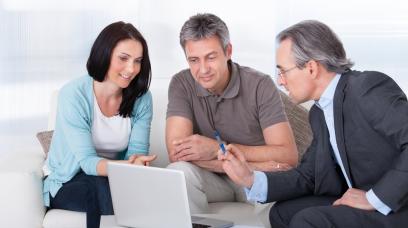 Getting your affairs in order for after you're gone doesn't have to be complicated.