Federal immigration laws outline who qualifies for lawful permanent residence (green card holder) in the United States. The two most common ways to qualify for a green card are through your family or through a job.

The immigration laws categorize foreign national relatives of citizens and lawful permanent residents to determine which relatives are eligible for a green card and which relatives get to receive them first.

After age 21, children fall into a different category under the immigration laws, called “sons and daughters,” which is further broken down into “married” and “unmarried.” Sons and daughters of citizens or of lawful permanent residents are not considered immediate relatives.

If your immediate relative is already in the United States, and that person entered the United States lawfully, it may be possible for him/her to get her green card in as short as 90 days, assuming there are no other issues like criminal convictions. If your relative is abroad and has other complications with his/her case, the process is more likely to take 9 months or longer.

For those who are eligible for family-sponsored preference green cards, they have to wait in line before they can get their green cards because the immigration laws limit the number of visas or green cards given out each year for family-sponsored preferences. In order to get your place in line, your family member must file a visa petition, which establishes your “priority date.” The Department of State issues a Visa Bulletin every month, which announces the priority date for each category. The Visa Bulletin further categorizes applicants based on where they were born (China, India, Mexico and the Philippines have their own categories and persons born everywhere else fall into “all other chargeable areas”). For example, if you are an unmarried son of U.S. citizen and you have a priority date of May 18, 2007, the October 2014 visa bulletin indicates a priority date of May 22, 2007; therefore, you would be eligible to apply for your permanent residence today.

The second most common way to qualify for a green card is through a job. For many people, the green card process through a job will first require a clearance from the U.S. Department of Labor (“DOL”), who will certify that there are no ready, willing and able U.S. workers to fill the position. However, some workers do not need a clearance from the DOL; these people include “priority workers” as defined under the immigration law, which includes: 1) persons whose work has earned international acclaim; 2) internationally recognized professors or researchers; and 3) multinational executives or managers. Additionally, physicians who are willing to work in an area of the United States that is medically underserved or experiencing a shortage of physicians can also bypass the DOL clearance.

For most other workers, including persons who hold master’s degrees and bachelor’s degrees, a DOL clearance will be required, and thereafter, like in family preference cases, a visa petition is filed and the worker must then wait for his/her priority date to become current in the monthly Visa Bulletin.

Other Ways to Qualify for a Green Card

There are other ways a foreign national can qualify for a green card, which include: refugees (asylum), battered spouses or children of battered spouses (“VAWA”), cancellation of removal proceedings (when a foreign national has been physically present in the United States for a period of ten years and has qualifying U.S. citizen relatives), and through the green card lottery.

Often, because of the time and commitment involved in the green card process, employers first file a work visa on behalf of foreign nationals so they can begin working before embarking on the green card process. Work visas authorize a person to work only for the specific purpose that is stated in the visa petition, whereas green card holders can engage in any employment of their choosing.

Work visas are available to many kinds of workers. One of the most sought after work visas is the H1-B visa, which generally is given to persons who possess bachelor’s degrees or master’s degrees, though in some circumstances, experience can be substituted for education. This visa is utilized by workers in the fields of science, technology, engineering, mathematics, business specialties (sales, management, finance), medicine and other professions. All work visas have a limited duration and a limited number of renewals, but the H1-B visa can be extended indefinitely for a person who has an approved employment-based visa petition, but cannot yet file for her green card because she is waiting for her priority date to become current in the visa queue.

LegalZoom can help you apply for a green card for a relative or help you replace or renew your green card. Get started by answering a few questions. LegalZoom will check your forms for common mistakes and you'll be able to download and print your forms. We'll provide you with helpful instructions so you know where to file and what the required government fees are. 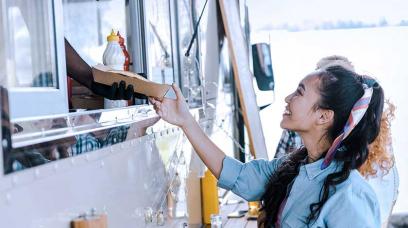 What Noncitizens Need to Know About Filing an LLC

Opening a business in the U.S. is possible if you're not a citizen, but you must follow a few extra steps.