A patent can provide powerful protection for your invention—but not all patents are created equal. Learn the difference between utility and design patents, and how each might apply to your invention.

Patents grant inventors an exclusive right to prevent others from making, using, or selling their invention. While the idea of patents stretches back to before America's beginning and is enshrined even in our founding documents, patents—unlike men—are not created equal. The United States Patent and Trademark Office (USPTO) offers two main types of patents, each with its own uses and strengths. 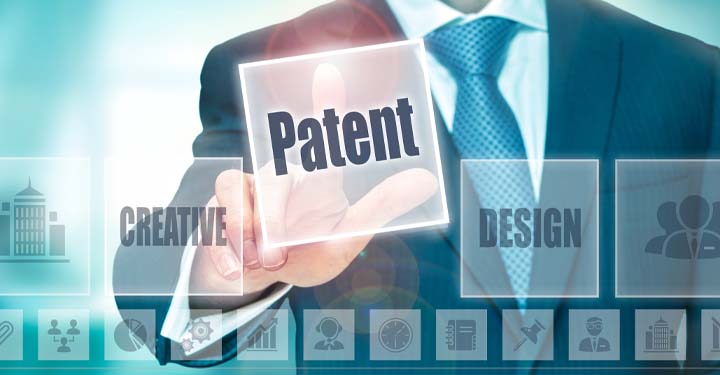 When people think of patents, they generally think of protection of useful inventions. Specifically, the utility patent "may be granted to anyone who invents or discovers any new and useful process, machine, article of manufacture, or composition of matter, or any new and useful improvement thereof."

Obtaining a utility patent is a complex and often expensive process. Before drafting an application, you should first conduct a patent search to ensure that the invention to be patented is "novel" and "not obvious," two criteria the idea must meet to be considered for a patent. In the application itself, you should take great care to detail each essential element of the invention through listed "claims," or numbered sentences that point out and distinctively declare the subject matter that the applicant regards as the invention. Each claim must be detailed enough so that another person in the same technical field could readily reproduce the results.

Unlike with design patents, maintenance fees must be paid during the duration of a grant utility patent. Considering the legal and technical expertise involved in the utility patent application, the process can be jarringly expensive and time consuming.

Should you successfully run the gauntlet of the application process, the invention is awarded with powerful protections lasting generally 20 years from the first filing date of the patent. Unlike a design patent, a utility patent can contain multiple claims and protect many different versions of your invention, so an infringement can occur even if the look of the infringing product is different than the look of the patented invention.

As the name of the patent indicates, the design patent protects the unique visual qualities of a manufactured item. If the invention has a distinct configuration, surface ornamentation, or both, you may meet the qualifications to apply for a design patent.

Compared to that of a utility patent, the process for obtaining a design patent is typically far less onerous. Rather than the painstaking detailing of elements, you instead provide pictures, sketches, and more limited text. The application typically takes less time and costs far less in terms of fees and legal costs. A design patent's term is 15 years after the issuance of the patent.

The relative simplicity of a design patent application is reflected in its lower cost, but the protections afforded are also more limited. Not only does a design patent not protect the functionality of the invention, it also includes only a single claim, making it relatively easier for infringers to circumvent by making the look of the competing product different.

Using Utility and Design Patents Together

Because some inventions can have elements that make them eligible for both utility patents and design patents, you can apply for both to enhance the legal protections afforded by patent law, particularly when the design is an integral part of the function.

For example, in 1995, former heavyweight champion George Foreman became the pitchman for his namesake kitchen appliance, the George Foreman Grill. The actual inventor of the iconic gadget was not Foreman but Michael W. Boehm, who had developed the idea of placing two grills on a hinge facing each other and sloping downward within an enclosed cooking chamber to capture cooking vapors and grease runoff. It was a great hit, and the combined protection of both the utility and design patents helped afford the George Foreman Grill market dominance. It is estimated that the boxer-turned-spokesman earned $200 million from his endorsement deal.

While the USPTO issues plenty of guidance on obtaining both utility and design patents, the process can be fraught with complexity and cost. Whether you decide to hire a lawyer or take advantage of more cost-effective services, knowing the difference between the types of patents is a useful first step for inventors needing legal protection for their ideas.

An attorney with over 20 years of experience working in a variety of law firm and in-house positions, Tim Peterson speci… Read more