How to File a Divorce in New York by Edward A. Haman, Esq.

How to File a Divorce in New York

Want to get divorced in New York? Find out the residency requirements, procedures, and what to expect regarding property division, alimony, child custody and support.

Whether you live in New York or elsewhere, divorce for any married couple will accomplish two things: (1) severing the marital relationship, and (2) dividing assets and debts. If one of them will be unable to be self-supporting after the divorce, the issue of alimony may arise. If there are minor children, they will also need to resolve issues of child custody and support.

To file for divorce in New York, one of the following situations must exist:

You may file in the Supreme Court in the county where either party resides.

The simplest procedure is an uncontested divorce, where you and your spouse reach an agreement. You begin by preparing a Complaint for Divorce, along with various supporting documents, one of which will be a marital settlement agreement outlining the division of assets, and your agreement regarding any children. These documents are filed with the court, and copies of them are provided to your spouse. You will attend a court hearing, at which time the judge will make sure that all of your paperwork is in order, perhaps ask you a few questions, and enter your Judgment of Divorce.

Grounds for divorce are legally recognized reasons to get a divorce. New York has what are commonly called no-fault grounds, and several traditional fault-based grounds. To get a no-fault divorce in New York, you need to state in the Complaint for Divorce one of the following:

The fault-based grounds for divorce are cruel and inhuman treatment so as to endanger the physical or mental well being of the plaintiff and make cohabitation unsafe or improper, abandonment for at least 1 year, imprisonment for at least 3 years, and adultery. However, in most cases, there is no reason to use any of these, as they add complexity by requiring proof.

A divorce involves dividing property and debts between you and your spouse. Generally, each party will keep separate property, which is property:

Alimony is referred to as maintenance in New York. Absent an agreement of the parties, the court may award alimony after considering: (1) the standard of living established during the marriage, (2) whether the party seeking maintenance lacks sufficient property and income to provide for his or her reasonable needs, (3) whether the other party has sufficient property or income to pay maintenance, and (4) “the circumstances of the case and of the respective parties.”

In determining the amount and duration of maintenance the judge must consider:

If you and your spouse have any minor children, there will have to be a custody determination. This basically comes down to figuring out how the children’s time will be divided between the parents, and how decisions will be made. If you and your spouse can reach an agreement on custody, it will be accepted by the judge unless it is determined not to be in the child’s best interest. If you cannot reach a custody agreement, the judge will decide the issue. Unlike many states, New York child custody law does not provide a list of factors for the judge to consider. New York law allows the judge to enter a custody order as “justice requires, having regard to the circumstances of the case and of the respective parties and to the best interests of the child.”

Child support is determined by reference to the New York Child Support Standards, which may be found at the New York state government website.

The wife’s maiden or former name may be restored.

LegalZoom’s Online Divorce service is an inexpensive way to file for divorce if you and your spouse agree on most major issues. Otherwise, you can talk to an attorney for advice or help filing for divorce through the LegalZoom personal legal plan. 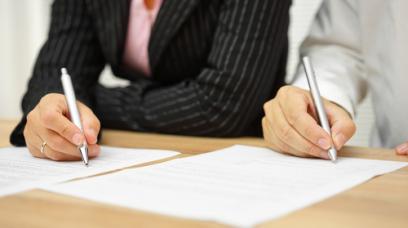 No-fault and fault-based divorce in New York: A checklist

Getting divorced in New York used to require very expensive court proceedings. This changed in 2010 when New York became the last state to allow no-fault divorce. Because neither spouse has to prove fault, filing a New York no-fault divorce can save both money and effort.