Is an Employer Liable for Employee Injuries at a Company Retreat? by Stephanie Morrow

Company-sponsored retreats can be extremely beneficial to a company. Not only can they be a fun-filled "thank you" to employees for a job well done, they can boost morale, sustain a bond between the employer and employees, and help employees develop camaraderie.

But, what if an employee is injured during one of these fun-filled getaways? Workers' compensation covers injuries suffered by an employee during the course of employment.

Although there are no specific guidelines as to whether or not an employee is entitled to workers' compensation if injured during a company-sponsored retreat, the following issues should be considered:

Is the Company-sponsored Retreat Mandatory to an Employee's Job?

In many states, an employer's liability depends on whether attendance at the company-sponsored retreat is voluntary or mandatory. Many courts have determined that if a company requires an employee to participate in an off-premise company event, it becomes work-related and, in turn, makes an employer liable under workers' compensation rules.

Making attendance voluntary for employees is the most significant factor for limiting an employer's liability for workers' compensation-related issues.

For example, in the Illinois case the court held that, even though an employee was injured after being burned by one of the portable stoves used to prepare the food at a holiday party, the company-sponsored event was voluntary, which the courts said did not fall within the Illinois Workers' Compensation Act.

The courts constituted that the injury did not arise out of or in the course of employment. Significant to this case was that the holiday party was "voluntary," removing liability from the employer in this case. It is important to note that all states' workers' compensation laws are different, and even though making a company-sponsored event voluntary is a good first step in removing liability from an employer, it is not a cure-all in all states.

How involved is the employer?

In addition to the issue of requiring an employee to attend a company-sponsored retreat, there is also the issue of the company's involvement in the overall event.

Whether a company substantially financed an event, and whether employees consider an event to be beneficial to their employment, may affect an employer's liability for injured employees. How involved was the employer? Did the president make a motivational speech about the company, distribute awards, or establish future goals?

In these types of situations, simply making an event voluntary may not be enough protection for an employer if business-related activities during the event are not kept to a minimum.

Is there a written policy describing the handling of off-site, company-sponsored retreats?

Because of the rise of company-sponsored retreats, many companies are adopting formal, written policies stating the handling of outside events.

This includes how employees are paid during the outing, and whether or not an employee will need to use vacation or sick time if he or she chooses not to attend. In addition, employers are training supervisors on all policies so that a consistent message is distributed throughout the company.

Companies also can require employees and their guests, if applicable, to sign a release that removes the employer's liability. Employees should be aware of any written stipulations before pursuing workers' compensation claims.

Is there additional insurance coverage?

Employees can also inquire as to whether their company's liability insurance policy covers off-site events, and if the company is added as an additional insured on the insurance policy of the place holding the retreat for the day(s) of the event.

Liability on a case-by-case basis.

Employees injured during a company function, whether it occurs on the work premises or not, may be able to file a workers' compensation claim.

Having a company-sponsored retreat offsite and making attendance voluntary may help to limit a company's liability for workers' compensation and other related issues, but many situations are decided on a case-by-case basis. 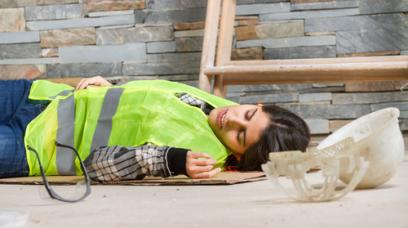 Workplace Injury: What to Do if You Are Injured on the Job

If you’re injured at work you may want to know what you can do to recovery payment for your injuries. Find out what your legal options are, how to decide what to do, and more. 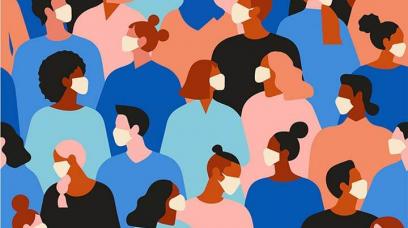 Can You Get Sued for Asking Employees and Customers to Wear Masks During COVID-19?

If you're a business owner, you're likely wondering if requirements to put on face coverings will open you up to lawsuits. Learn how to ensure your business will still thrive in the new COVID-19 reality.