Is Covenant Marriage the answer to a rising divorce rate? by Ellen Rosner Feig

Is Covenant Marriage the answer to a rising divorce rate?

To its supporters, covenant marriage is the answer to America's rising divorce rate. To critics, it's a rigid constraint that makes an already difficult situation even more painful.

Harken back to the days of your grandparents...the days when soda cost a nickel, a double feature at the movies starred Abbott and Costello and marriage meant commitment. Today in America divorce is at an all time high.

The main reasons cited for the increase in divorce include (1) easier access due to no-fault divorce laws, (2) increase in female financial independence and (3) changes in social values.

Leaders of the growing Covenant Marriage Movement argue that marriage is intended by God to be a lifelong covenant. Since the inception of the movement, the group has been lobbying to make divorce socially unacceptable in the hopes of slowing the country's rate of divorce and preserving the American family.

What Is Covenant Marriage?

So what about those couples who decide they want out of a covenant marriage? As mentioned above, one of the more controversial terms of covenant marriage is the uniform 2-year waiting period for divorce.

The basic difference between traditional marriage and covenant marriage is how the parties enter into the marital contract.

In a traditional or "contract" marriage, a couple need only purchase a marriage license, obtain two witnesses, and have a state-licensed agent to perform the ceremony. Should the marriage go bad, a divorce can be obtained relatively easily through no-fault divorce laws.

Under Louisiana law, a covenant marriage is one that is entered into by a man and a woman who agree to be married for their lifetimes. Legal covenant marriages are available in Arkansas, Arizona, and Louisiana. Louisiana however was the first state in the union to pass such a statute.

The act mandates that couples recite a specific paragraph acknowledging their acceptance of marriage as a covenant for life and their commitment to take all reasonable efforts to preserve the marriage. The law specifies grounds for divorce to include any of the following:

What Are the Pros and Cons of Covenant Marriage?

A relatively young movement, covenant marriage currently represents only a small fraction of marital unions - 3% to be exact. So why are there so few takers? For one thing, the concept of covenant marriage is new to most people.

In Louisiana, only 43% of the people polled even recall hearing about covenant marriage. And for those couples who have heard about covenant marriage, it's likely the required premarital counseling, state-mandated commitment vows, and 2-year waiting period for divorce scare away a good number of jittery brides and grooms.

So what about those couples who decide they want out of a covenant marriage? As mentioned above, one of the more controversial terms of covenant marriage is the uniform 2-year waiting period for divorce.

The idea is that couples will use the two years as a "cooling off" period, during which they will attend mandatory counseling sessions. Currently, there is no data that demonstrates whether a waiting period helps mend or further strains already-broken marriages.

But what the 2-year waiting period does conclusively do is increase the size of alimony payments, which are typically calculated based on the total length of marriage. It also extends the period during which assets earned by either spouse are considered "community property."

To its supporters, covenant marriage is the answer to America's rising divorce rate. To critics, it's a rigid constraint that makes an already difficult situation even more painful. But for most couples looking to tie the knot, covenant marriage is just one more thing to consider before saying "I do."

What Does a Living Trust Do?

A living trust can help you avoid the hassles and delays of probate and has other benefits as well. 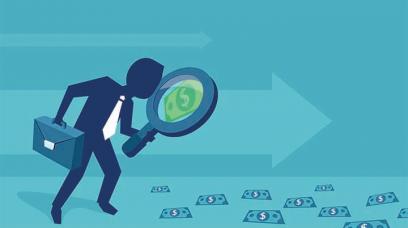 Don't get blindsided by bills you didn't see coming.