You're having a romantic dinner, just the two of you, when the love of your life pops the question. It's the moment you've been waiting for. You don't even need to think about it. You breathlessly blurt out, "Yes, I'll marry you!" But it's not all hearts and roses. After slipping a beautiful engagement ring on your finger, he asks another question, a question you were not expecting at a happy moment like this.

You're caught off guard. Do you:

a. Throw the ring back in his face and tell him you wouldn't marry him if he were the last man on earth?

b. Burst out into tears and ask him why he doesn't trust you? Or

c. Discuss his reasons for wanting a prenuptial agreement and consider the possibility that it could be beneficial to both of you in the long run?

But, let's take a look at why a pre-nup is the best option.

The prenuptial agreement is hardly a new form of legal document. In fact, they have been around in some form or another for thousands of years. The practice of writing a prenuptial agreement before marriage was most commonly used in European and in Far Eastern cultures where royal families have always made provisions for protecting their riches.

Yes, yes... the very thought of a pre-nup twists your stomach into knots. But, remember: a prenup is only a contract. The pre- in prenup means it's a binding agreement that takes place between prospective spouses before the marriage or "nuptial."

A prenuptial agreement gives both parties the chance to set forth what will happen to income and assets if the marriage ends in separation, divorce or death. Discussing financial issues is never easy, but talking about money before entering a marriage can save heartache and tensions in the long term. Without a prenup, assets could end up in the hands of your spouse's children from a previous marriage instead of your own kids. Or they could go to a lazy mate who contributed very little while you built a business from the ground up or wrote a book that later became a smashing success.

The financial well being of a marriage can be ensured ahead of time when a pre-nup is drawn up and approved by both partners. It is definitely worth considering for couples planning to take the next big step with marriage. After all, marriage is as much a financial union as it is a physical and emotional union.

How do you know if a prenup is right for you?

If you fall into any of the following categories, you should at least consider a prenup:

While the enforcement of prenuptial agreements varies from state to state, five conditions are generally imposed. First, all assets, accounts, liabilities, sources of income and any other factors likely to create a shift in financial position must or at the very least should be revealed. Second, each party must be represented by independent legal counsel. Third, generally, the agreement must be fair at the time it is entered into. What this means is that your prospective spouse must have a certain period of time between when he or she is presented with the agreement and when you both will be getting married. It could also mean that if your spouse is from a foreign country, the document must be translated into their native language or a translator must be brought in to read it to them in the native tongue. In some states, the prenup must also be fair at the time of enforcement. Unfortunately, the courts and a jury often decide what a reasonable person would consider fair. Fourth, the courts may cancel the prenup if enforcing it would impoverish either party and create a risk of seeking public assistance. Finally, you can't ever disclaim child support.

A few more things to keep in mind on the subject of prenuptial agreements:

So, now that you're armed with a little more information on prenuptials, how will you answer your beloved's second question? 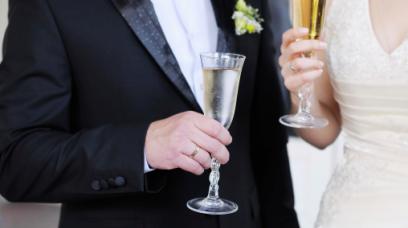