Top Craziest Laws Still on the Books by Stephanie Morrow

Did you know it's illegal to educate dogs in Hartford Connecticut? Or fall asleep under a hair dryer in Florida? In most states, you'll find a number of bizarre laws like these still exist on the books.

Motorists take heed: If you ever find yourself driving at night through rural parts of Pennsylvania, state law requires that you stop every mile to send up a rocket signal. It's true. And if you see a skittish team of horses coming toward you, be sure to take your car apart, piece by piece, and hide it under the nearest bushes—unless, of course, you want to be in violation of state law.

Seem implausible? Actually, this absurd Pennsylvania law is technically still on the books. In fact, Pennsylvania is not alone. If you look hard enough, each state has its own collection of outdated, silly laws. And while these laws may never be enforced, they are still legally valid because no one has bothered to repeal them. Most of these laws are so old, lawmakers themselves aren't even aware that many of them exist.

Have you broken any of these Laws?

Let's take Missouri for example. Just so you know—you can't drive down the highway with an uncaged bear in your car. But if you happen to pass into Farmington, Connecticut, you will have to share the road with bovine travelers. In this city, cows have the same rights on the roads as do motorists.

When parking your elephant at a meter in Orlando Florida, be sure to deposit the same amount of change as you would for a regular motor vehicle. And if you stop for a beer in North Dakota, don't expect to get any pretzels with your beverage. It's against the law in that state to serve beer and pretzels at the same time.

Blue Laws are those established specifically to prohibit certain behavior on Sundays, or "God's Day." Although in general, few people strictly uphold the Sabbath anymore, many cities and towns across America still have legal reminders of this observance on the books. For example, in Salem, West Virginia, it's against the law to eat candy less than an hour and a half before church service.

In Winona Lake, Wisconsin, it is illegal to eat ice cream at a counter on Sunday. And don't expect to order a slice of cherry pie a la mode in Kansas on the Lord's Day. No restaurant is allowed to serve it unless they're willing to run afoul of local police. Marbles, Dominoes, and yo-yos are also banned on Sundays in a handful of states.

If you are a dog owner, be sure to take care not to violate any of the numerous laws concerning your four-legged pal. If you're planning a short stint in Hartford, Connecticut, you might want to keep your dog's obedience training under wraps. It's against the law to educate dogs in that city.

In some places, it's also against the law to expose your dog to the hazards of smoking. In Illinois, for example, it's illegal to give lighted cigars to your pets—even if they do enjoy a good Cuban from time to time. If you happen to stay in Normal , Oklahoma, be sure to restrain yourself from teasing dogs by making ugly faces. You guessed it, that kind of inflammatory behavior is against the law.

Women and the Law

Not surprisingly, many of the antiquated statutes passed in the late 1800s and early 1900s were aimed at protecting the fairer sex from unwanted attention or less-than-flattering reputations. For example, an old city ordinance in Cleveland, Ohio prohibits women from wearing patent leather shoes in public. The reason? Shiny footwear could afford a nearby gentleman an unintentional peep show.

In many parts of the country, the price of beauty can be stiff. Women in Florida, for example, can be fined for falling asleep under a dryer in a hair salon. And if you're a single thrill-seeker, head some place else. The sunshine state also prohibits unmarried women from parachuting on Sundays.

Forget about trying to publicly adjust your stockings in either Dennison Texas or BristolTennessee. Performing such a lewd act could land you a sentence of up to twelve months in the state penitentiary.

If you're a woman living in Michigan, you might want to check with your husband before heading to the hair stylist. According to state law, your hair belongs to your spouse and you'll need his permission before you can alter it. When visiting Charlotte, North Carolina, don't plan on packing light. According to city law, you must be swathed in at least 16 yards of fabric before stepping out into public. Even in fashion forward New York City, there are laws concerning how a woman dresses. In the Big Apple, wearing clingy or body-hugging clothing carries a $25 dollar fine.

Not all old laws aimed at women are intended to preserve their virtue, however. Some were apparently designed to promote household hygiene and public safety. For example, Pittsburgh has a special cleaning ordinance on the books that bans housewives from hiding dirt under their rugs. And in Memphis, Tennessee, women can't drive a car unless there is a man with a red flag in front of the car warning the other people on the road.

The Times are A' Changing.

One can easily conclude that some of these silly laws were simply designed to get a laugh or to alleviate the boredom of local legislators. How else could you explain the following Texas law? "When two railroad trains meet at a crossing, each shall stop and neither shall proceed until the other has passed." But as for the rest, you can rest assured they reflect the public standards of the time. In fact, if you want to study how public values have changed over the years, there is no better place to start than with your state and local statutes. Not only will you glean some insight into our past prejudices, but also our best intentions. After all, who but a well-intentioned public official would make it a crime to molest butterflies in California? 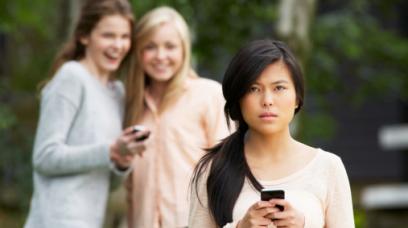 Are Parents Legally Responsible if Their Kid Is a Bully?

Can you be held responsible if your kid is a bully?