Agreeing on a business contract can be a long process. One step in this process may be to create a letter of intent. A letter of intent is a preliminary agreement that gets negotiations started. 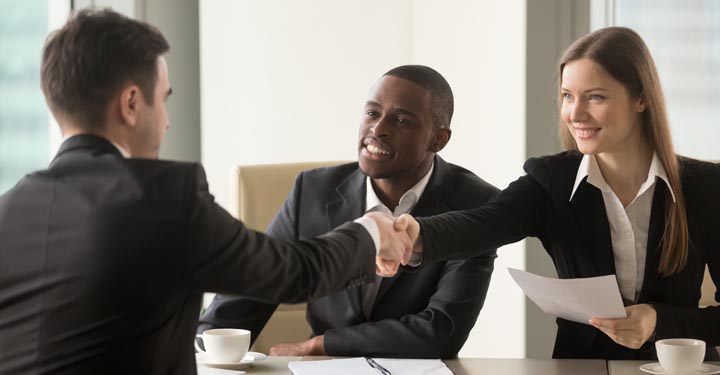 The letter of intent outlines the basics of the business deal in question, plus the steps and process the parties are going to go through—with the ultimate goal of creating a contract. A letter of intent is sometimes called a memorandum of agreement.

Reasons to Use a Letter of Intent

A letter of intent is an agreement that two people or companies will use to work toward an agreement for the sale of a property or business, or to enter into a joint venture. It's useful because it outlines the basics of the deal and what information has to be shared or determined in order for the deal to go forward.

If the letter of intent is for a sale, it may give the buyer the right of first refusal, which means the property or business can't be sold to anyone else unless the buyer chooses not to make an offer, essentially putting a hold on the property.

Enforceability of a Letter of Intent

A letter of intent is generally not binding since it's basically a description of the deal process. It is, in effect, an agreement to agree. Thus, either party can cancel the letter at any time.

However, some parts of the letter of intent may be binding on their own. For example, a right of first refusal would be binding. A nondisclosure agreement is another example of a provision that normally would be enforceable on its own.

Elements of a Letter of Intent

A letter of intent often includes the following provisions:

How to Create a Letter of Intent

You can write a letter of intent on your own. It can be a good idea to have your letter reviewed by an attorney. Another option is to use an online service provider to help you draft your letter and make sure it meets the requirements in your state.

A letter of intent helps set the parameters for a business deal and makes sure both parties are on the same page. The letter clarifies the issues and terms of the possible deal so that the process can move forward.

Ready to start your Letter of Intent? DOWNLOAD TEMPLATE

5 Tips for Negotiating a Commercial Lease
Your commercial lease is a key element of your business. Making sure the lease protects you and covers all situations will allow you to conduct business with peace of mind. Here are a few tips for negotiating your lease.
read more

Jury Dodgers: What Really Happens if You Ignore Your Jury Summons?
You know you've been tempted to do it - to toss your jury summons in the garbage and pretend it got lost in the mail. Besides, what's the worst that can happen? It's not like missing jury duty is a crime...or is it?
read more

Top 10 Things NOT to Do When You Divorce
As anyone who's gone through a divorce can tell you, the process is rarely easy. Tensions run high, and couples often make poor decisions in the heat of the moment. Here are the top 10 tips on what to avoid when filing for divorce.
read more

How to Keep More of What You Earn Under the New Tax Law
As signed into law on December 22, 2017, the Tax Cuts and Jobs Act of 2017 affects both individual and corporate taxes. It's not too early to start learning what these changes will mean for you and your taxes in 2018 and beyond.
read more

Got Debt? Stop Creditors From Harassing You With These Few Legal Tips.
Debt can be both a powerful tool and a horrible demon. While having some debt can be good - it allows you to live la vida loca - having too much debt can be disastrous. The following tips can help you maintain some sanity when the bill collectors come calling. While you will have to deal with the bills, these tips can help you avoid being harassed.
read more