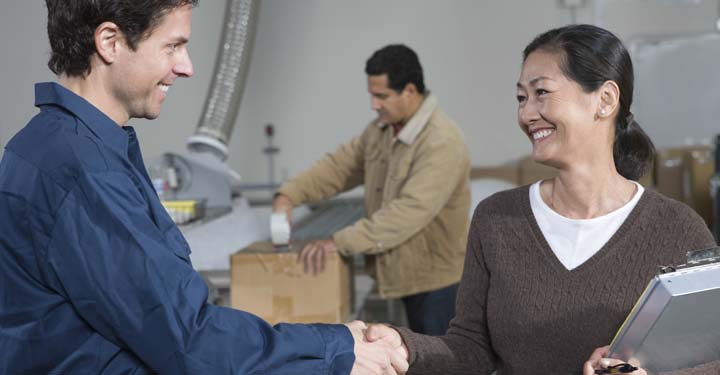 Many distribution agreements contain a clause providing what the distributor gets paid for selling the product, as well as a commission based on the number of products it sells. Commissions give the distributor the added incentive of selling as much of the supplier's product as possible. The distributor receives a percentage of the overall sales, so the more it sells, the more money both parties make.

If your company is contemplating using an exclusive distribution agreement, consider checking with an attorney to ensure that your company is not violating any antitrust laws for free competition.

A wholesale company provides its products in bulk, generally at a cheaper cost than if it were selling the products retail. While wholesale distribution agreements are often made-up terms to describe the type of transaction, the basic idea is that a distributor contracts with a wholesale company to sell items in bulk, either to a retail store for consumers to purchase or directly to consumers. Sometimes the wholesale distributor buys the product from the supplier and becomes its owner, which allows the wholesaler to sell to the next company for a profit.

A developer distribution agreement often involves software creation and the intellectual property in such software. The agreement, which is a contract between the developer of an app and the company that distributes the app, allows the developer to offer a license to end-users or consumers to use its software. Some companies who own apps are big companies such as Google, although smaller companies and even individuals create and distribute apps as well.

Ready to start your Distribution Agreement? Get Started Now

How to Start an LLC in 7 Steps
Setting up an LLC is a great way for business owners to limit their liability for company debts. Here’s a step-by-step guide to forming an LLC.
read more