How to File a Divorce in West Virginia by Edward A. Haman, Esq.

How to File a Divorce in West Virginia

Want to get divorced in West Virginia? Find out the residency requirements, procedures, and what to expect regarding property division, alimony, child custody and support.

Whether you live in West Virginia or elsewhere, divorce for any married couple will accomplish two things: (1) severing the marital relationship, and (2) dividing assets and debts. If they have been married for a significant length of time and one of them will be unable to be self-supporting after the divorce, the issue of alimony may also arise. If there are minor children, they will also need to resolve issues of child custody and support.

The simplest procedure is where you and your spouse can reach an agreement about all issues. You begin by filing a Petition for Divorce, along with various supporting documents, such as a marital settlement agreement outlining the division of assets, and your agreement regarding any children. These documents are filed with the court, and copies of them are provided to your spouse. You will attend a court hearing, at which time the judge will make sure that all of your paperwork is in order, perhaps ask you a few questions, and enter your Decree of Divorce.

Grounds for divorce are legally recognized reasons to get a divorce. This is the justification for severing the marital relationship. West Virginia, like most states, has what are commonly called no-fault grounds for divorce, and several traditional fault-based grounds.

One way to get a no-fault divorce in West Virginia is to state in the Petition for Divorce that “irreconcilable differences exist between the parties.” This ground may only be used if the defendant files an answer swearing that there are irreconcilable differences. The other way is to state in the Petition that “the parties have been living separate and apart without cohabitation and without interruption for 1 year.”

The fault-based grounds for divorce are: adultery, conviction of a felony, abandonment for 6 months, cruel and inhuman treatment (including false allegations of adultery or homosexuality), habitual drunkenness or drug addiction, confinement for incurable insanity for 3 years, or abuse or neglect of a child or the other party. However, in most cases, there is no reason to use any of these, since they add complexity to the process by requiring proof.

A divorce involves dividing property and debts between you and your spouse. Generally, each party will keep his or her separate property, which is property:

All other property is marital property, which is to be divided equally, unless the judge (without regarding fault) determines an unequal division is proper after considering the following factors:

Alimony is referred to as spousal support in West Virginia. Unlike most states, West Virginia divorce law does not provide much in the way of guidelines, other than to require that the parties actually be living separate and apart, and that fault may be considered.

If you and your spouse have any minor children, there will have to be a custody determination. In keeping with a trend toward keeping both parents actively involved with their children, West Virginia law refers to custodial and decision-making responsibility. It still comes down to figuring out how the children’s time will be divided between the parents, and how decisions will be made. You will probably be required to attend (and pay for) a parent education program.

You (and your spouse) will also need to prepare and file and proposed parenting plan. If you and your spouse can reach an agreement, you may file a joint parenting plan. If you cannot reach a custody agreement, the judge will decide the issue. Unlike most states, West Virginia does not clearly specify a set of factors the judge is to consider. The West Virginia law does say that the judge should allocate the time so that “the proportion of custodial time the child spends with each parent approximates the proportion of time each parent spent performing caretaking functions for the child prior to the parents’ separation.” In various places, it also says that consideration should be given to:

Child support is determined by the West Virginia Child Support Guidelines, which establish the basic needs of the child (based on the parties’ combined income). Each party contributes toward those needs in an amount equal to his or her percentage of the total income of the parties.

Either party may have a name restored if it was used prior to their first marriage, or if it is the name of a former spouse and the party has any living child by such former spouse.

Filing a divorce can be a complex process, but if you and your spouse agree on the terms of the divorce you may be able to save time. Following these steps will help you get started.

If you are considering an online divorce, LegalZoom can help you get the divorce documents you need. We help you fill out the paperwork and check it for completeness and accuracy, and provide step-by-step instructions for filing and completing your divorce. 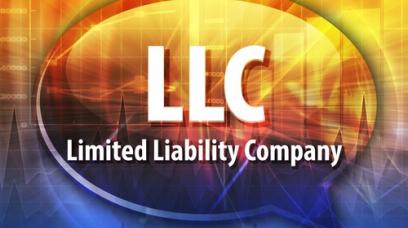 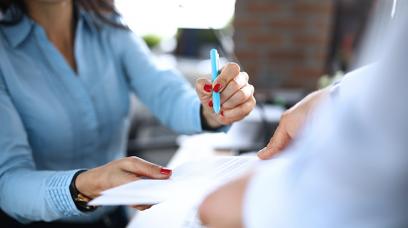