Sharing Fido: Does your state have pet custody laws? by Tim Clarke

Sharing Fido: Does your state have pet custody laws?

If two Wisconsin lawmakers have their way, the world of visitation rights for divorcing spouses may soon expand to include furrier items than children. The new legislation would give splitting couples the ability to divide the ownership of a pet in a way that allows both a chance to see their animal. Complete with provisions for custody, visitation and even pet-support payments, the new bill is the first in the nation to try and address a relatively rare, but nonetheless contentious issue divorcing couples may face.

The long standing rule courts adhere to is to treat a pet as a piece of personal property and assign ownership rights in accordance with the marital laws governing property in a given state. However, most lawn chairs don't bark or meow and certainly don't provide the same companionship and intangible positive qualities that a pet can. This disconnect has resulted in conflicting treatment of pets in divorce cases.

Most states have refused to enforce visitation agreements because there simply is no precedent for it. In fact, one Pennsylvania court even likened a custody schedule for one couple's pet to a "visitation schedule" for a piece of furniture. Furthermore, calling upon the courts to adjudicate more in depth on these matters could be seen as a needless drain of judicial resources. At least one court has indicated that the system is overwhelmed with child custody, visitation and support issues alone.

Keeping the best interest of your pet in mind

More and more courts however are coming around. Judges in both Texas and Alaska have created visitation schedules between former spouses. Some of these judges in fact rely on a "best interest of the pet" system to decide on custody and visitation rights, though it is often tricky without access to the actual desires of the animal.

Yet, in some cases, courts do engage in de facto, if not de jure "best interest" analysis in awarding ownership to what it considers the better home for the pet.

Absent a clear indication of individual ownership, they have some leeway to consider who the most able caretaker is for the animal. If children are involved in the case too, a judge will usually keep the children and pet in the same household. While the losing spouse may be fairly compensated for the division of property, oftentimes this fails to reflect the sentimental value the animal had to its former guardian.

The imperfect state of the law can result in extreme steps taken by one or both spouses. Some couples spend exorbitant sums of money fighting the issue of ownership. In one display of this, a San Diego divorcé spent over two years arguing for custody of the couple's dog "Gigi". Among other efforts, she enlisted an animal behavior expert, commissioned a study on "canine bonding" and created a video documenting a day in the life of Gigi. While she ultimately prevailed on the issue, her legal bills reportedly ran in excess of $140,000 by the end of the trial.

Pets can also unwittingly fall victim to the vindictive nature of the divorce process, and become just another battle to win. This can lead to fights, petnappings and sometimes worse. An Oregon woman avoided jail-time only after an appellate court ruled her failure to turn over the pet wallaby awarded to her husband was the result of an accidental escape on the part of the wallaby and not a willful attempt by her to hide "Skippy". Another Texas woman was less fortunate and was sentenced to jail for 30 days after concealing two cats and lying under oath about their whereabouts to keep them from her former husband.

State legislation such as the Wisconsin law could change how courts view these issues and give previously unrivaled latitude to judges and spouses to decide what happens to a pet post divorce. While the issue remains relatively rare, the increasing awareness of animal issues in the law could result in a proliferation of these cases in the future.

Even absent judicial enforcement, a visitation schedule can serve as a viable compromise in more amicable cases of divorce, and provide a better solution for spouses than monetary compensation. But without legal legitimization, the possibility of messy problems in the future makes it a less than ideal solution. As changes to the status of animals elsewhere under the law become more common, the likelihood of an extension of divorce law increases dramatically. The more courts start to view pets as something beyond articles of property, the more amenable they will be to allowing couples to create and enforce custody plans. 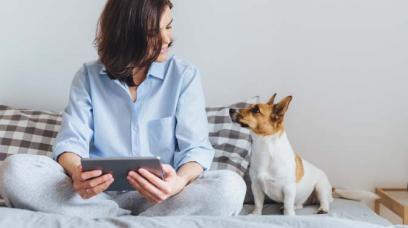 Set Up Custody Guidelines with a Pet Custody Agreement 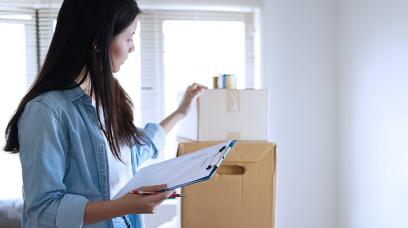