The Power of PR by Roy Williams

The Power of PR

Advertising is what you buy from the sales department of the media. Public Relations (PR) is what you get from the news department for free. How many ads do you suppose a good news story is worth? Read more to find out the role that PR can play in business.

Advertising is what you buy from the sales department of the media. Public Relations (PR) is what you get from the news department for free. How many ads do you suppose a good news story is worth?

Q: Which of the following statements is false?

Regardless of which statement you think to be untrue, you're exactly one-third correct. Because all three statements are false.

Thomas Edison was a great inventor. No one is saying otherwise. His first invention was a stock ticker that was purchased by the New York Stock Exchange. With the money he made from that invention, Edison hired a staff and set up his famous laboratory in Menlo Park, New Jersey.

Joseph Swann in England and William Sawyer in the US were also brilliant inventors, though neither of them understood the press. Like Edison, Swann and Sawyer were both working to produce electric light by running a current through a filament in a vacuum. When Edison learned they were both further along in their experiments than he was, he simply announced that he'd perfected the light bulb and immediately received all the fame and
recognition.

Did you know that Edison made his famous announcement more than a year before he actually produced electric light? By the time Swann and Sawyer announced their inventions, electric light was already old news, even though

Edison hadn't yet actually done the thing he'd claimed. Edison's statement to the press bought him the time he needed to complete his experiments. Edison understood the power of PR.

Nikola Tesla invented radio in 1893 when Marconi was just 19 years old, then wrote a series of scientific papers about exactly how to build one. Underrated to this day, Tesla was perhaps the most brilliant scientist to stride the earth since Leonardo da Vinci.

But it was 19 year-old Guglielmo Marconi who knew how to talk loud and draw a crowd. Marconi read Tesla's descriptions, then built a radio and claimed it to be his own invention. Newspaper stories everywhere began touting the young genius Marconi.

How certain are we that Marconi stole the credit for Tesla's invention? Nine months after Tesla's death in 1943 the Supreme Patent Court of the United States announced its decision: "Nikola Tesla is the father of wireless transmission and radio." The Court considered Marconi's argument, examined the evidence, and concluded that Marconi was lying. Case closed.

So what about Alexander Graham Bell? Was he simply another poser who knew how to work the press? At the risk of sounding harsh, I'll answer in a word: Yes

The telephone was invented by an Italian immigrant named Antonio Meucci who died penniless and without heirs. Meucci didn't know how to talk loud and draw a crowd. Alexander Graham Bell did.

How certain are we that Bell stole the credit for Meucci's invention? In 2001, the 107th Congress of the United States of America passed House Resolution 269. In a nutshell, that resolution acknowledges that "Meucci
invented the telephone, Bell stole it from him, and we all feel real bad that Meucci got screwed." Antonio Meucci had been dead for 112 years.

During those 112 years, Bell Telephone became one of the largest and richest companies on earth.

Evidently, it pays to understand the press.

Like anything powerful, PR can be aimed at good or evil. 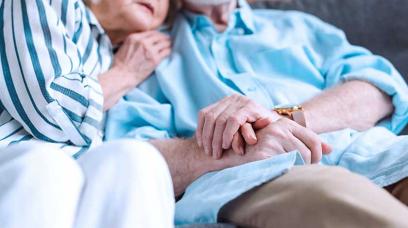