Completing employee write-up forms is part of an employer's or supervisor's job description. This is probably the least favorite part of your job, but it's necessary for many reasons, such as keeping records in case of future disputes. 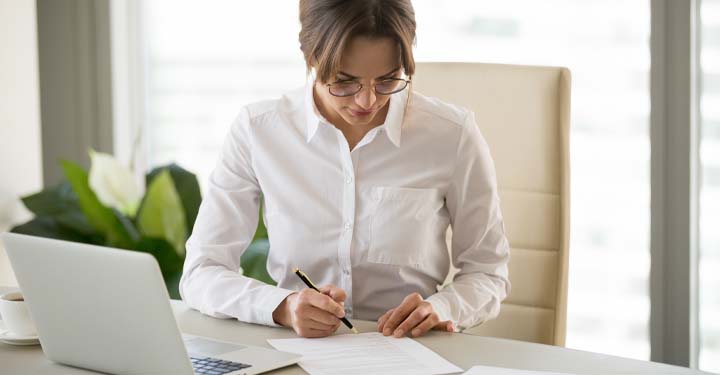 It's important for your company—no matter what its size—to give your employees instructions regarding what they can and cannot do at work. Some companies have handouts, and other businesses have detailed employee handbooks. Each employee should get these materials when they're hired so they can read them before they begin working for the company. This way, they'll know what's expected of them from day one.

Prohibited behaviors also should be listed in the handbook. Some of the conduct that's not allowed will make sense—that is, behaviors that are obviously wrong, such as stealing or using drugs. Others may be specific to the work your company does. These behaviors can form the basis of an employee write-up, also known as an employee written warning.

What Triggers an Employee Write-Up Form

Employee write-up forms may include disciplinary notices for:

Employers must give their employees even-handed treatment so that nobody can claim favoritism, discrimination, or unfair treatment. As an employer, it's important that you treat employees in a uniform manner; otherwise, there could be unlawful termination or discrimination lawsuits, or other claims against your company.

Be specific, but also be matter-of-fact, without analyzing the employee. The employee write-up form should read like a business paper or report, without injecting your personal feelings. If the employee states why they're acting out, you can include it, but don't add it unless the employee volunteers why they're behaving that way.

An employee write-up form should contain enough information so your company can present a record in the event the employee seeks unemployment insurance, files a lawsuit, or files a discrimination claim with the government. The more detailed the employee's record of work-related issues, the better chance your company has to defend itself against wrongful termination or any other claim that isn't justified.

The write-up form should contain:

While not the most enjoyable task a supervisor has, completing employee write-up forms is a necessary part of managing your workers. The lessons learned from these forms can help improve an employee's performance or, if not, create the record that will be needed later, in the event you need to formally discipline or terminate the employee.

Ready to start your Employee Write Up Form? LEARN MORE

Property You Should Not Include in Your Last Will
You want to make sure you have all your assets covered, but did you know that not all property can be bequeathed through a last will and testament?
read more

How to Write a Will
Writing a will is one of the most important things you can do for yourself and for your loved ones, and it can be done in just minutes. Are you ready to get started?
read more

Top 10 Duties of an Executor of a Will
The role of executor is usually assigned to a close member of the family. Given the nature of the assignment itself, the role can be quite a challenge—both mentally and emotionally. What follows is a list of executor’s duties that hopefully will create the right expectations for the job.
read more