The practice of reselling tickets at prices above face value is commonly called scalping. Whether it's legal depends on a variety of factors including the state in which you want to do it.

It's the day of the big (sold-out) event. Your friend can't make it, and you've got an extra ticket. Can you sell it online? Outside the event? For how much?

The practice of reselling tickets at prices above face value is commonly called scalping.

Whether it's legal depends on the state in which the event is located and whether the sale happens online, on the phone, or in person. 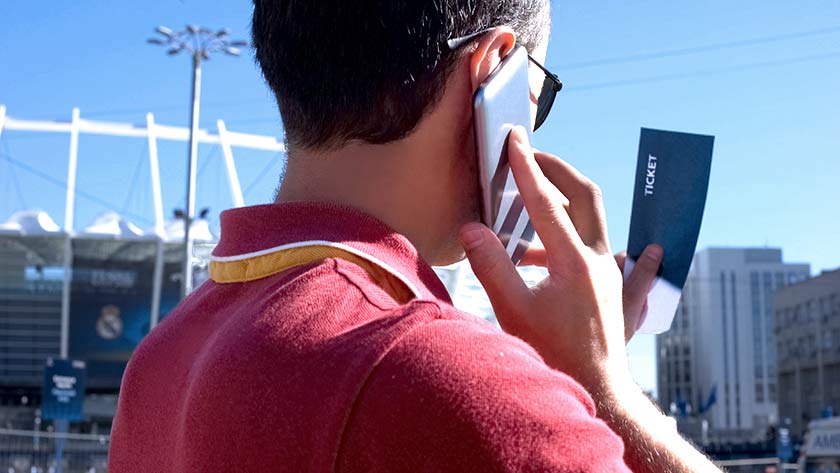 What Is Scalping Exactly?

But first, how do ticket sales work? You can buy a ticket from the venue itself or, more likely, from a ticketing agent contracted by the venue to sell tickets at face value plus a fee.

Beyond the agents, though, are so-called "ticket brokers," who procure tickets for resale in a variety of ways like paying people to stand in line using autodialling software. Once the tickets are purchased, the broker turns around and sells them, usually at a profit.

The term "scalping" refers to the practice of an individual either reselling individual tickets online or outside the event. Scaping often includes bartering on a price.

There is no federal law against scalping, but, according to the National Conference of State Legislatures (NCSL), 15 states ban the practice in some way, most labeling it as a misdemeanor with penalties including fines and/or up to a year in jail.

A careful reading of the statutes is essential, though, as some barely prohibit scalping at all or in very select circumstances.

Arizona, for example, bans scalping only within 200 feet of the entrance to the venue. Which means a ticket in Arizona can cost as much as someone's willing to pay if they're 200 feet and one inch away from the door.

The NCSL cites another seven states (Alabama, Georgia, Illinois, Massachusetts, New Jersey, New York, and Pennsylvania) that require a seller to have license to broker tickets, and many limit the allowable markup to $3 or less.

Again, however, regulations and limitations vary widely. Individual sellers, for example, may be exempt or subject to different price limitations—again demonstrating the importance of reading the laws carefully.

In July of 2006, Florida lifted its ban on scalping and brought the debate into the public eye.

Under the previous law, it was a second degree misdemeanor to resell tickets without a license; additionally, licensed brokers could charge no more than $1 over the face value of the ticket unless the ticket was part of a larger travel package.

This travel package exception may have been what turned Florida legislators in favor of a proposal that had been defeated before.

Many brokers included event tickets as part of a package deal, thereby charging outrageously high prices, legally getting around the anti-scalping law. According to the sponsor of the bill in Florida's House of Representatives, John K. Stargel, R-Lakeland, the exception gave these brokers a monopoly on ticket sales.

That is if ticket resellers scoop up all the tickets for an event, the average person won't be able to find and/or afford tickets to an event.

The Florida law attempts to address this concern by making it illegal to hoard tickets for an event that has ticket purchase limits, i.e., one that restricts the number of tickets an individual can buy.

Pros and Cons of Anti-Scalping Laws

Opponents of anti-scalping laws say that ticket sales should be like any other venture in a capitalist economy and the free market. That is, the market should dictate at which price tickets are sold.

Indeed, the National Association of Ticket Buyers has said that, just like everyone else, scalpers simply want to achieve the American dream. Many question why anti-scalping legislation exists at all.

Apparently agreeing with this viewpoint—and seeing the potential to turn a profit—some professional sports organizations have actually teamed up with ticket resellers.

At least eight teams of the National Football League teams, four of Major League Baseball, and one of the National Basketball Association use the services of a ticket reseller to allow season ticket holders to sell individual tickets online. In the process, the reseller and the organization both get cuts of any profit.

But the debate is not clear cut and anti-scalping sentiment has shown up in other organizations that threaten to strip season ticket holders of their privileges for scalping tickets.

At least one former New England Patriots' season ticket holder had his tickets taken away for simply putting them up for auction — even though no money or tickets were ever exchanged.

Watch Out for Fraud

In any event, anti-scalping legislation focuses on the seller, so you can buy scalped tickets without fear of being arrested. You do, however, buy such tickets at your own risk, as fraud is rampant.

The most common scam is someone selling fabricated tickets, many times to seats that don't even exist in a venue. Ticket brokers offer some protection on this front, whereas individual sellers will simply disappear with your cash.

Another type of fraud, though, came up recently when Ticketmaster invalidated over 1,000 Barbara Streisand concert tickets because blocks were bought with a stolen credit card and then resold. In this case, the purchasers were simply out of luck — and their money.

How to Legally Unload Your Extra Tickets

So what do you do with your extra tickets? While weighing your options, consider that reselling tickets for up to face value is legal everywhere.

Although anti-scalping laws aren't always vigorously enforced or easily understood, it's best to inform yourself as best as possible of your state and local laws before you look to turn a profit.

Otherwise you just may end up with front row seats in a less entertaining place — a courtroom.