Why Does Sentencing for a Guilty Verdict Take Place in a Separate Proceeding? by Leanne Phillips

Why Does Sentencing for a Guilty Verdict Take Place in a Separate Proceeding?

When the jury found Scott Peterson guilty of murdering his pregnant wife and their unborn son, the media immediately speculated about his sentence. Why? Because, in criminal cases, the punishment is determined at a separate sentencing.

When the jury found Scott Peterson guilty of murdering his pregnant wife and their unborn son, the media immediately speculated about his sentence. Why? Because, in criminal cases, the punishment is determined at a separate sentencing.

Under California law, Peterson's two first-degree murders leave two options for punishment: (1.) life in prison without parole or (2.) the death penalty. State and federal laws give minimum and maximum sentences for particular crimes. Courts and juries are required to follow these guidelines.

During a criminal trial, the facts are on trial so the jury can decide on guilt or innocence. The sentencing is a sort of "mini trial" where the convicted criminal's life is on trial. Here, the decision is if a criminal will receive the minimum sentence, maximum sentence, or something in between. The court considers both the case and the individual to make a sentencing verdict.

In most cases, the county probation department investigates the convicted criminal's life. They do a background check and look at prior criminal record. In connection with this report, the department also considers information from other sources. Psychological evaluations as well as letters from friends and family can weigh in. Based on these factors, the probation department makes a sentencing recommendation. The court uses this recommendation and the department's overview in making its decision.

At the sentencing, both the defense and prosecuting attorneys argue for the appropriate sentence to fit both the crime and the criminal. Victims or their family members are often permitted to address the court. There may be character witnesses for the convicted criminal. Sometimes he or she even addresses the court to express remorse or request leniency.

In Scott Peterson's case, jury members were asked to consider a number of factors. Some benefited Peterson, like his previous status as a law-abiding citizen, his good employment record, his lack of prior criminal record, and his close family ties. Other factors didn't position Peterson so well. Evidence the murders were preplanned, his affair, the heinous nature of the crime, and Peterson's seeming lack of remorse all pointed to the death penalty.

Based on this evidence, the jury recommended the maximum sentence for Scott Peterson—the death penalty. This recommendation was upheld by the court, placing Peterson alongside California's other 638 death row inmates. 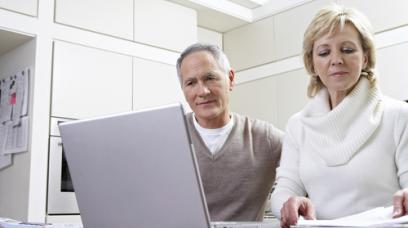 What is a Pour-Over Will?

Living trusts can help you avoid probate, but can be tricky to fund, that’s why a pour-over will is a good safety device to protect intended beneficiaries. Find out more about pour-over wills, how they help you, and more.

How to create an LLC in 3 simple steps

Setting up an LLC is a great way to start or evolve an existing business.

How to get a copy of a will