What Kind of Power Does The UN Wield Internationally? by Stephanie Morrow

What Kind of Power Does The UN Wield Internationally?

Although the roles and regulations of the UN are constantly challenged, the UN is currently the only forum where nations from all over the world can gather to discuss important issues involving international peace and security. Its primary mission is the same today as it was when it was formed over 60 years ago - to maintain world peace. To do this, the UN gives an open forum for countries to discuss their opinions and views, in order to solve international problems such as poverty, disease and environmental harms, and settle conflicts without turning to violence.

With the war in Iraq, ongoing terror threats in the air and the on-going battle between Israel and Lebanon, the United Nations (UN) and its international efforts are continuously in the news. Most recently, the continuous development of a proposed U.N. resolution aimed at stopping the fight between Lebanon and Israel has received attention. But what exactly is the United Nations and what powers do they have across the globe?

Established in 1945 by 51 countries, the UN was formed to maintain peace through the cooperation of its member countries. Today, 192 countries (called "member states") belong to the UN and strive to uphold international peace and security. With nearly all countries large and small, rich and poor being a part of the UN, the UN serves as a forum for different countries to discuss solutions to issues ranging from arms control and terrorism to the international enforcement of human rights.

When a country becomes a UN member, the country agrees to settle any disputes peacefully, to not use force or threats against other countries, and to refrain from helping any country that opposes the UN's actions. The members also agree to accept the UN Charter, which states that the UN's four main purposes are to:

The UN is funded by members' dues, which are based upon each country's individual wealth and ability to pay. The United States is the largest contributor to the UN, paying 22 percent of the organization's regular assessed budget.

The UN is made up of six bodies that have specific functions: the General Assembly, Security Council, Economic and Social Council, Trusteeship Council, Secretariat and an International Court of Justice. The General Assembly is the main body of the UN and is made up of representatives from all member states. Economic and social work is coordinated by the Economic and Social Council, while the Trusteeship Council handles non-self-governing territories as they progress towards independence. An international staff works within the Secretariat to facilitate the day-to-day activities of the UN.

One of the most important aspects of the UN's international power is its responsibility to maintain peace and security among nations, a power held by the Security Council. Just in the last few months, the Security Council has performed important work in the Middle East, Iran and Darfur, just to name a few, as well as assisting the UN's work in other areas such as the elimination of HIV/AIDS and its continuous support of human rights.

The International Court of Justices, also known as the "World Court," is the judicial branch of the UN and is the main forum for deciding disputes among countries. This court helps resolve international conflicts in accordance with international law, and gives advisory opinions on legal questions from authorized international entities. The court is made up of 15 judges who are elected to nine-year terms.

Both the Security Council and the International Court of Justices play an important role in the UN's development and enforcement of international law, as these decisions are binding. The UN also asserts the right of the Security Council to be the only entity with the power to declare international uses of legitimate military force. However, as seen with the war in Iraq, this authority does not always work. In 2003, although the United States sought but did not receive explicit Security Council approval of military action against Iraq, the U.S. nonetheless went ahead with the invasion of Iraq. The U.S. has since invited the UN to assist in humanitarian assistance in Iraq and the election of Iraq's new government.

From World War II to the Arab-Israeli conflict today, the UN has been involved in every major war and international crisis. There has been however much talk about the UN's influence on international affairs. In fact, a plan of "UN reform" has been constantly discussed. Some want the UN to play a greater role in world affairs, while others want its role to specifically focus on humanitarian work. Although total reform efforts have not been reached, an Ethics Office was recently established to strengthen financial disclosure and protect "whistleblowers" who report misconduct within the UN.

Although the roles and regulations of the UN are constantly challenged, the UN is currently the only forum where nations from all over the world can gather to discuss important issues involving international peace and security. Its primary mission is the same today as it was when it was formed over 60 years ago - to maintain world peace. To do this, the UN gives an open forum for countries to discuss their opinions and views, in order to solve international problems such as poverty, disease and environmental harms, and settle conflicts without turning to violence. 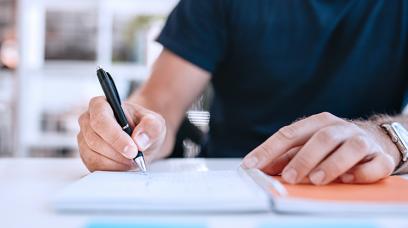 Small Claims Court: How To Get Your Security Deposit Back

By following these steps to file a complaint in small claims court, you'll have the best chance of having your security deposit returned to you. 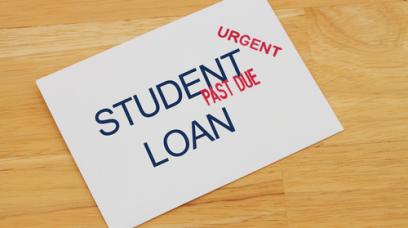 How to get student loans forgiven

Are you drowning under a load of student debt? Student loan forgiveness programs may be the option you’re looking for.