Excise Taxes: Does Your Business Need to File a Federal Excise Tax Return? by Maria Murphy

Excise Taxes: Does Your Business Need to File a Federal Excise Tax Return?

Find out if your business needed to file a federal excise tax return.

Federal excise taxes are imposed on the sale of certain goods, services, and activities. They are taxes on behavior or consumption of specific items, unlike sales taxes that apply to almost all items sold/purchased as a percentage of the price. Examples where excise taxes apply include motor fuel, alcohol, tobacco, gambling, local telephone service, heavy trucks, tires, airline and cruise transportation, firearms, sport fishing equipment, and indoor tanning services.

Under the Internal Revenue Code, the IRS requires businesses to register with them before they engage in certain excise tax-related activities, using IRS Form 637, Application for Registration (For Certain Excise Tax Activities). If the IRS approves the application, it issues an Approval of Excise Tax Registration Letter (3689).

What Is the Purpose of Excise Taxes?

The government imposes certain excise taxes to discourage the use of products and services or change behavior, like tobacco, alcohol, firearms, and gambling. These excise taxes have been known as “sin taxes." The government can use other excise taxes to help pay for costs related to the item being used and taxed, like using gasoline or truck excise taxes to pay for federal highway use and construction, or for environmental purposes, like applying excise taxes on fishing and boating products to wildlife conservation activities.

How Are Excise Taxes Calculated?

Excise taxes are calculated in two ways. They can be calculated as a percentage of the selling price or other specified value (ad valorem). For example, the excise tax on air travel is a percentage of the cost of the airline ticket. The more common method is a specific fixed amount charged per unit produced or sold, based on weight, volume, or other physical measurements. Taxes per gallon of motor fuel or per pack of cigarettes are examples of this method. The federal government determines the tax methods and rates.

How Are Excise Taxes Reported and Paid?

The deadlines for filing an excise tax return for each quarter of the calendar year are as follows:

Although firearms, ammunition, tobacco, and alcohol are subject to excise taxes, they are not reported on Form 720 but instead are reported to the Department of the Treasury's Alcohol and Tobacco Tax and Trade Bureau.

Excise taxes related to specific projects, like improvements to airports and highways, may be collected and held in separate trust funds dedicated to the specific project or purpose until they are paid to the IRS.

There are a number of software vendors that can help companies and their tax specialists accurately calculate and report excise taxes due, keep on top of changes in rules and rates, and file the required excise tax returns and supporting schedules. Financial advisors may be able to help.

Small Business Tax Prep 101: What to Bring to Your Tax Appointment

Tax prep is an important part of running a small business. Read on to find out what you should bring to your tax appointment.

Hiring a Family Member: How to Pay Payroll Tax

Find out how hiring a family member can affect your payroll taxes.

Read on to find out if your credit card interest is tax deductible.

Understanding how FUTA and SUTA work with federal payroll tax payments is an important part of protecting your business and employees.

Does My Business Get a Tax Break for Buying a Car?

If you purchase a vehicle for your business, it pays to understand the nuances of current tax law. How can you use Section 179 and bonus depreciation to maximize your tax deduction? Here's how to get a bigger tax break for buying a car.

Find out what common mistakes business owners make when paying payroll taxes and how to avoid them.

Find out if your new California LLC has to pay California income taxes.

Is Your Business Tax Exempt?

Find out what it takes for your business to be a tax-exempt business.

How to Take a Bad Debt Write Off

When all of your collection methods have failed you need to know how to take a bad debt write-off.

Tax Deductions for Travel Expenses: How to Turn Your Business Trip Into a Tax Deductible Getaway

Learn how you can use tax deductions for travel expenses to turn your trip into a tax-deductible getaway.

Tax planning is an essential part of growing a business—not a post-year-end activity. When you wait until after the end of the tax year to get started, you miss out on opportunities that could lower your taxable income. 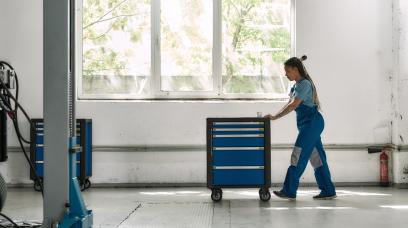 Why Did My Business Get an IRS Notice?

Read on to find out why your business got an IRS letter and how to handle it.