Getting Financing for Your Startup: Types of Investors by Tim Berry

Getting Financing for Your Startup: Types of Investors

For some entrepreneurs, outside investment is the only way to keep their business idea alive. Before soliciting investors for your startup, it's a good idea to do your homework first and know the difference between the three most common investor types.

There are three main types of investors for startup businesses: friends and family, angel investors and venture capitalists. It's easy to confuse the three, especially since angel investors could sound like friends and family and the term “venture capital” could mean all outside investors. But there are distinctions between the three, and for those who are starting up a business, knowing the differences is important when you're looking to raise capital for your startup.

Here's the lowdown on each investor type:

The best way to understand “friends and family” is to understand what they aren't: they aren't “accredited investors” as defined by securities law. The laws about investing in small businesses date back to the Great Depression, when they were written to protect people against stock scams. It's illegal to take an investor's money for your small business or startup unless the investor is accredited.

The limits change, but it's in the ballpark of $250,000 of annual earnings for three years, or net worth of $1 million. For the most current information, google “accredited investor” to get the details.

Even if most of your friends and family aren't accredited, it doesn't mean you can't accept their money. There's an exemption from strict security law that is allowed because friends and family investment does happen—but there are strict limits on the number of unaccredited investors allowed.

Friends and family are best used only at the beginning of a company, when there are little or no alternatives available. They also make sense for very long-term investments motivated more by friendship or family than by strict return on investment. They might also provide the earliest seed money for companies that grow and receive other investments later on. When using friends and family, always be sure to document everything thoroughly. They should also sign a document acknowledging the risk and clarifying that they may not be getting their money back.

What distinguishes angel investors from friends and family is that angel investors are accredited. They do meet the securities law requirements of income or wealth to be legally allowed to invest in your business. Unlike venture capitalists, angel investors invest their own money, not other people's.

Angels often join groups and invest in groups. They are usually more comfortable investing in the same industry they originally profited from. There's a huge range with angels in how sophisticated they are about analyzing a business (called due diligence) before they invest, and what sort of terms and deals they'll take. They tend to pool together tens of thousands of dollars to invest a larger sum of hundreds of thousands of dollars, rather than tens of thousands or millions.

Venture capital is the funding resulting from professional managers investing other people's money in startups and early-stage companies in order to generate high rates of return. The classic venture capitalist makes a good living studying companies and deciding where and how to invest. They often become involved in overseeing their investments as members of boards of directors. The funds they invest come from institutions such as universities, insurance companies, large enterprises, and occasionally from very wealthy individuals.

One of the most obvious characteristics of venture capital firms is the volume of cash invested—generally in the millions. Because of the large amount of risk involved, they will often invest in groups of three or more companies.

Venture capital often comes after an earlier round of investment by angel investors. The angels enter earlier in the business cycle, with newer and younger companies, and the venture capitalists swoop in after the idea has proven itself and risk is reduced.

Whether you've gotten help from friends and family, had angel investors eye your potential, or been lucky enough to get an offer from a Venture capitalist, your funding is only half the battle. The real challenge is to use that money wisely to keep your business alive and growing, and hopefully remember those who believed in your vision and helped get you there.

Tim Berry is the founder of Palo Alto Software and a recognized expert in business planning. Tim dedicates most of his t… Read more 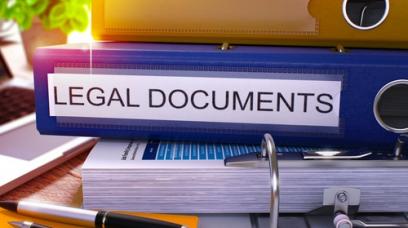 The biggest risk of failure for your startup happens right at the start—not setting up a viable legal foundation. Here's how to get those legal ducks in a row.

These mistakes that can readily be avoided with a bit of preparation. 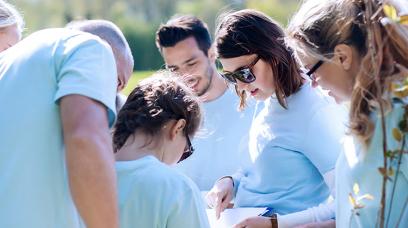 How to start a cleaning business (+ checklist)

Looking to start a cleaning business? Read on for your no-mess, no-fuss guide to making that dream a squeaky, clean reality. 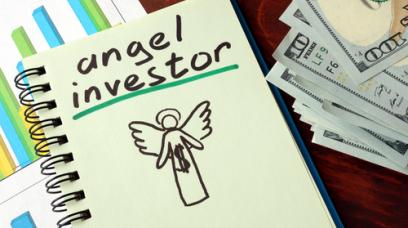 How to Find Angel Investors for Your Startup

The term “angel investor" refers to the earliest financial backers for startups or entrepreneurs. Here's how to identify your most likely candidates.

Top 8 Legal Mistakes Made by Startups

Entrepreneurs should avoid these 8 legal mistakes when setting up a startup. 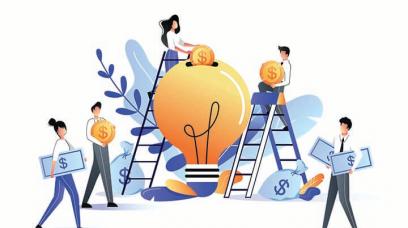 Tips for Entrepreneurs Pitching to Investors

Pitching to investors is an important step for businesses seeking outside funding at any stage—startup or otherwise. Here are five tips from the pros that will help you nail it.