Taking the Leap From Corporate Career to Entrepreneurialism by Kate Mayfield

Taking the Leap From Corporate Career to Entrepreneurialism

Social media agency owner Shannon Greevy talks about finding the courage and confidence to leave the corporate world and start her own business. 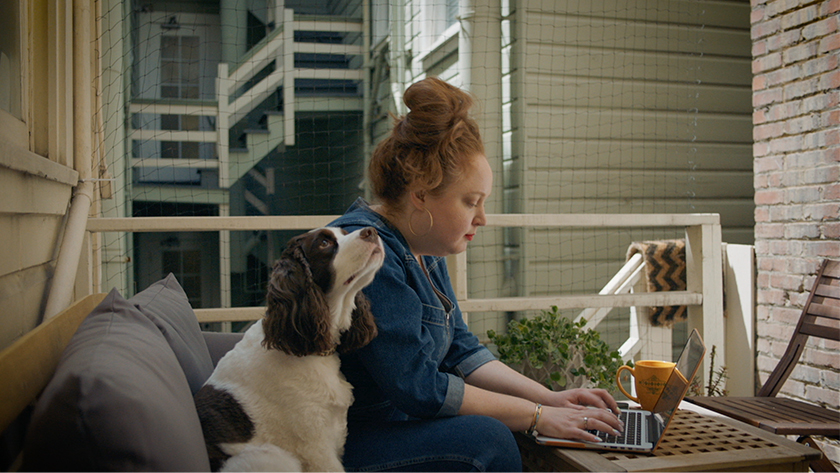 Despite those early dreams, instead of serving up subs after graduation, she happened upon what was then the relatively new field of social media.

“I graduated college in 2005. Facebook was launched in 2004. Social media was a thing before that, but the way brands do it today—the way we know and see social media as part of our life [is] obviously not the same," she says.

But even in such a young and undefined field, Greevy saw something that appealed to her. Not unlike her deli dreams, social media offered an opportunity to connect with and serve people.

“I was doing PR and things for a marketing company. We started doing this 'Jersey Doesn't Stink' campaign on social media, and at some point, the agency was like, 'Is this working? Should we do this?' So I raised my hand and said, 'Can I please take this on? Because this is so much fun.'"

Building a Career in a Developing Field

From volunteering on a whim to building a full-fledged career, Greevy grew with the medium. “There's a lot of millennials who kind of got tossed the social media [at their companies] right when I was starting. Part of coming up in this field is that you just didn't have mentors. There weren't directors of social media when I got my first job," she explains.

Developing with the industry meant creating her own opportunities along the way. Working her way up in car insurance companies, the advertising industry, and, ultimately, consumer products, Greevy found herself becoming the expert that hadn't existed when she started out.

Eventually, she assumed the role of social media director for a large consumer products company only to realize that to continue growing and fulfilling her vision, she would need to set out on her own. “In my last role, it became clear to me there was only so far I could go working for someone else as an employee in a corporate setting. I love my work and knew I needed to do it differently."

Even as Greevy was developing her career in social media, she felt the pull to open her own business. Despite a demanding day job, she tried her hand at a side hustle.

“I wanted it to be a little online store of cannabis accessories that were made by women. Long story short, I was shut down in a week because of my payment processor, and I wasn't even selling cannabis."

She took that stumbling block as a sign that the concept had been wrong but that the impulse to start a business was right.

“You have to know when it's not the right thing," she says. "So I took that as a lesson in knowing that I have really good ideas and knowing that it is possible for me to start an actual business."

She decided the best course of action was to shift her focus to what she'd learned over the course of her career in social media.

“This is my superpower. This is the reason people pay me hundreds of thousands of dollars to work for them. So, [it's] in front of you—just do the thing."

The Confidence to Strike Out on Her Own

Leaving her full-time, well-paid job took a leap of faith and a lot of confidence, but to Greevy, the alternative seemed much more frightening.

Worried about what would happen if she didn't try, she thought, “I'm going to keep working for these companies, and I'm never going to know if I could have done it myself because maybe I can. Maybe I have no idea where this is leading me, but I know it's going to put me in the position to do the thing that I love to do."

A pandemic launch date brought its own set of challenges. Greevy worked with LegalZoom to get necessary paperwork filed to operate her business legally, only to find that shutdowns and government backlogs were delaying important documents she needed to operate. As they navigated the unknown together, Greevy was on the phone almost daily with LegalZoom. "The team was just so willing to stick with me and not give up. I so appreciated that."

While she waited for official status, she hit the ground running as businesses also thrown by the pandemic and cut off from their regular sources of income suddenly needed her services. She found purpose and resolve in helping them get the word out about pivots they'd made to stay solvent in the crisis. She remembers their needs helped get her into gear in spite of her own challenges, “'These businesses need to stay above water, " she said to herself, "their families need their paycheck and need to keep their business up and running."

It was a tumultuous first year and a half, but Greevy doesn't have any regrets.

“I like to say you get to pick your 'hard,'" she says. "Like, going to therapy is hard but not going to therapy is harder over the course of a lifetime ... Staying in a corporate environment was hard, and so is this. I have to pay for my own insurance. I have to work through all of my stuff to get out of my own way to make this happen. That's very hard. But this is better hard."

Now with a track record of success and excited for the future, she's ready to follow her path, wherever it leads. One thing she's learned is that she can run a business and her instincts don't let her down.

Although laws surrounding LLCs don't require you to name a president or CEO, having a designated head may help clarify the roles and duties.