The Airbnb of Car Renting: How to Legally Rent Your Car to a Stranger—or from One by Kylie Ora Lobell

The Airbnb of Car Renting: How to Legally Rent Your Car to a Stranger—or from One

Americans are increasingly depending on the sharing economy to get around and make money. Customers use services like Airbnb, Lyft, and Uber, and rely on peers instead of businesses for travel and transportation. Drivers and hosts are making money on their cars and homes and working on a full- or part-time basis.

Another sharing economy industry gaining traction is peer-to-peer car rental / car sharing. When drivers aren't using their vehicles, they're leasing them out to strangers on sites like Turo, Getaround, and JustShareIt. 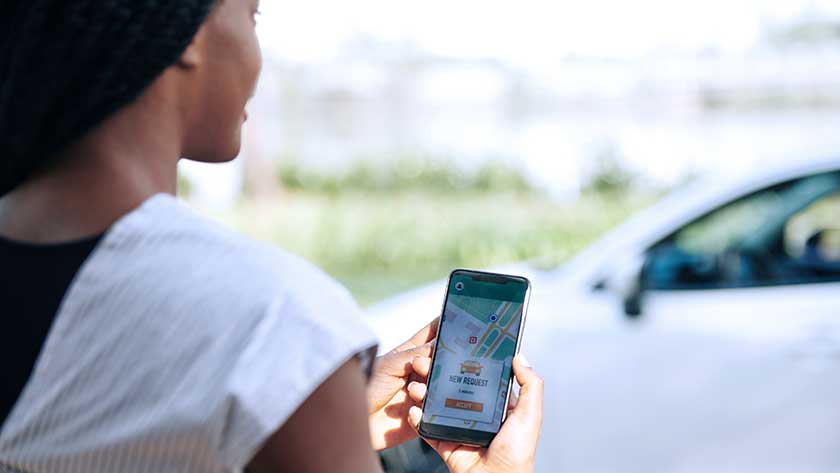 When car owners sign up for Turo, formerly known as RelayRides, they list their car and include photos and details. Owners set the price and respond to bookings. They will meet renters, hand off their keys, and pick up the car at the end of the rental period.

Potential renters must go through a screening process. They can only sign up for the service if they've never been in a major accident or they don't have minor frequent violations on their record. According to CEO Andre Haddad, 20 to 30% of potential renters are rejected.

Once accepted on the platform, renters can request a car and will either hear back instantly or within eight hours. They have to show the owners their driver's license during the hand-off and fill up the gas before they return the car. Getaround works in a similar way, and, like Turo, protects all car owners under a $1 million policy.

Turo has the largest share of this peer-to-peer car sharing market. Founded in 2009, they have cars available in 4,500+ cities and more than 300 airports. Renters can choose from over 800 makes and models and save up to 35% when compared to renting from traditional car rental companies. The average monthly earnings for owners is $720. Many backers including August Capital and Canaan Partners have invested more than $80 million into the company.

Getaround estimates that owners can make $10,000 a year renting out their cars. They have 200,000 members across the U.S., and are backed by investors like Marissa Mayer, former CEO of Yahoo, and actor Ashton Kutcher.

The Pros and Cons of Peer-to-Peer Car Sharing

Renters may choose peer-to-peer car sharing companies over traditional rental agencies because of cost and inventory. For instance, they can rent a standard car for as little as $10 a day, or a luxury vehicle for under $100 per day, while traditional companies charge hundreds or thousands of dollars per day for the latter. The car sharing companies don't always require a security deposit, either.

A downside is that there is no prepaid gas option, so drivers are responsible for filling up the tank or else they will be charged a low-fuel fee. When you rent from a traditional company, your credit card company may provide you with some insurance coverage, but it probably won't protect you if you're using a peer-to-peer car sharing service.

Turo has had its fair share of legal troubles. The service stopped operating in New York City while it was still called RelayRides because it was acting as an unlicensed insurance producer and adjuster.

One Turo vehicle involved in an accident had been stolen, and an owner renting his car out on the site said three different renters got into accidents. In addition, people have faced hardship when trying to figure out whether their personal insurance or the peer-to-peer car rental service was going to cover accidents.

In another instance, an owner rented out his luxury Audi on Turo and the driver totaled the car. Turo's third-party insurance adjuster undervalued the car, and Turo said it wouldn't pay to replace the car even though it went through excessive damage.

Many insurance companies will not cover Turo, Getaround, or other peer-to-peer car sharing services, so drivers must rely on those businesses' policies in case anything happens.

How to Protect Yourself

Whether you want to rent out your car through one of these companies or rent a car from an owner, there are steps you need to take to protect yourself.

If you're an owner, carefully look over the insurance policy of the company and contact your own provider to see if you're covered. Go over the car's damage before and after every trip, and get to know the people you're renting to beforehand. Ask where they are going to take your car to determine if there's a possibility it'll be damaged, and show them all your car's features before they drive away.

If you're a renter, check the previous reviews of the car and owner before requesting to book a vehicle. Ask your credit card company if they'll cover your trip as well. Read over the security deposit policy if the service requires a deposit, and research insurance options provided by the service. Always fill up the gas before returning the vehicle.

Turo, Getaround, and similar businesses offer big benefits for both customers and owners. But before you try out this sharing economy service, make sure both you and the vehicle are protected in the case of an accident or emergency. Otherwise, you may end up paying much more for the discounted service than you intended, and lose out on that extra income you could have earned.

How to Apply for a Business License

If you've started a business, you probably need at least one license or permit—and maybe more, depending on your business and where it's located.

Equipment Lease Agreement - How To Guide

1. Overview To compete effectively in today’s business world, your operation needs the latest technology. Buying equipment can use up available funds and may saddle your company with outdated property. Equipment leasing may be an excellent way to update your business without significant upfront costs. Almost any kind of property can be leased, from computers and heavy machinery to phone lines and cars. When equipment is leased, the renter can have it and use it for a certain amount time in exchange for payment of a rental fee.