The BluePrint Chiropractic Clinic: An Alignment of Opportunity and Mission by Chris Casacchia

The BluePrint Chiropractic Clinic: An Alignment of Opportunity and Mission

The path to business ownership is rarely a straight one. But as the story of twin chiropractors shows, necessity can act as a springboard to destiny.

Identical twin chiropractors, Toya and Tonya Harris, share much more than medical degrees. With mutual determination to succeed and a mission to help others, they are forging a path as joint owners of The BluePrint, a Dallas chiropractic clinic.

Wearing matching outfits, and quick to finish each other's sentences, the pair bubble with enthusiasm that belies their grit and sense of purpose. But appearances aside, both say the road to business ownership has been full of bumps and unexpected twists — starting with the decision to open a business.

“I don't know if we ever thought it was going to go smoothly," says Tonya. Yet, less than a year after deciding to become entrepreneurs, they have seen remarkable success thanks to their mutual determination and a shared brand they've been building almost since birth.

Like many first-time business owners, the Harris's didn't set out to start a business. The sisters were headed in a completely different direction in the fall of 2020. After graduating at the top of their class with doctorates in Chiropractic from Parker University, they were set to begin their chiropractic careers as clinical directors in their mentor's clinic.

But in November, as businesses across the country were reeling from the pandemic, the clinic scaled back on expansion plans and withdrew the Harrises' offer.

Not ones to be deterred by a bump in the road, the Harrises entered the job market with optimism but quickly realized finding any job in a crippled economy would be difficult — but finding two jobs in one clinic would be almost impossible.

“It was ultimately best for us to stay together," Toya says. “Everyone knows us as the twins. This is part of our brand." The obvious path forward was to start their own business that would allow them to continue building that brand on their own terms. It would also allow them to direct the mission of their business to support causes they are passionate about, like diversity in healthcare.

A Brand in the Making

The brand Toya refers to started years earlier and built on the Harrises' penchant for sharing everything from outfits to excelling.

Before they finished top two in their chiropractic class at Parker University, they had already achieved that same academic feat in high school. The story of the industrious twins was picked up by the local press, influential trade pubs, and Black Enterprise magazine. In January 2021, the duo was featured on the Kelly Clarkson Show.

All of which would ultimately help them generate attention for their business. But first, they needed to get that business off the ground.

After deciding to launch their own clinic, the twin chiropractors didn't wait to get moving. A family friend introduced them to LegalZoom. They immediately filed the paperwork necessary to open their office, began looking into office locations, and studying up on everything from bookkeeping to the legal requirements of running their own clinic.

The official opening was slated for February, and they were a week from the first booked appointment when a historic winter storm hit. Texas experienced record snowfall and freezing temperatures that overwhelmed the state's power grid and caused widespread outages and floods. As the Harrises pushed ahead to get their business in shape for their first clients, they worked without internet, heat, or running water for hours at a time.

“We had rolling blackouts in our neighborhood every four to six hours," Tonya recalls. “That went on for an entire week."

On opening day, they had no internet and had to use their smartphones to access clients' digital health records.

“We didn't have very many patients our first week. They all had to cancel," Tonya says of those trying days.

“The opening month was very challenging," says Tonya. But the second month brought an influx of 50 new patients, a reverberation of reconnecting with former clients and others in their extensive networks, and an organic social media campaign bolstered by earlier media attention.

“It was all word of mouth," says Tonya, who credits her mom and others for spreading the word, sending text alerts, and drumming up support online. The exposure also led to recognition from a state representative and kudos from NBA players, which they share via social media.

The BluePrint, which specializes in low-volume rehabilitation, soft tissue adjustments, and exercise therapies, currently serves over 130 clients, including NFL players, track athletes, and the Texas Elite Spartans of the Women's National Football Conference

Building on a Mission

Now that they are up and running, the twins have set their sights on helping others, not just physically but professionally. As black women in a white male-dominated field, they know firsthand what it means to be different. And also know others like them don't have the support of an identical twin when navigating education and career.

According to the National Board of Chiropractic Examiners, African-Americans represent less than 2% of chiropractors in the country and less than 5% of doctors. Toya and Tonya's graduating class of 112 had less than 10 black students.

“We never felt like we belonged," Toya says. “Various students would make comments to us that made us feel we had to consistently prove we deserved to be there, despite our academic prowess and work ethic."

Giving back and giving others a leg up is an integral part of their business model. to their now provide elite care for young, underserved athletes through the Dallas nonprofit, Camp Exposure. They also mentor several students at Parker and plan to offer scholarships next year for one female and one male student.

“We want to help eliminate some of the systemic and generational disparities that exist in healthcare," Toya says.

With their determination and vision guiding it, there's no doubt The BluePrint will continue to make an impact wherever its owners' passions lead. 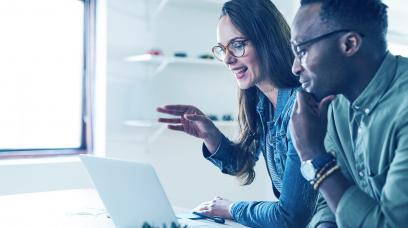 31 blockchain business ideas to capitalize on in 2021

Blockchain technology is revolutionizing business operations, but which blockchain business ideas are practical in the real world? This guide explores realistic implementations for blockchain and explores its effect on small business owners. 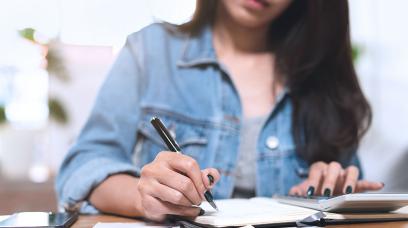 What Are the General Costs of Incorporating?

It is important as a business owner to understand the general costs of incorporating before beginning the process. Find out more about how you can incorporate.