What Is MACRS Depreciation? by Janet Berry-Johnson

What Is MACRS Depreciation?

Most long-term assets you use in your business must be depreciated using the MACRS depreciation method—at least on your tax return.

Depreciation allows businesses to allocate the cost of assets—such as buildings, equipment and machinery, vehicles, and furniture—over the years the assets will be used. For internal accounting purposes, most businesses depreciate assets using the straight-line method.

But when it comes to claiming depreciation on the company's tax return, the IRS requires most businesses to use the modified accelerated cost recovery system, also known as MACRS.

MACRS depreciation was introduced in 1986 to encourage businesses to invest in depreciable assets by allowing larger depreciation deductions in the initial years of the asset's useful life. This contrasts with straight-line depreciation, where the business gets the same deduction each year until the asset is fully depreciated.

How to Calculate MACRS Depreciation

Taxpayers can use MACRS depreciation for vehicles, office furniture, machinery, land improvement, computer equipment, and many other assets.

Typically, the depreciation basis of an asset is what you paid for it. However, it can include other expenses of acquiring the asset and getting it ready to use.

For example, if you buy a piece of manufacturing equipment for $20,000 and spend another $2,000 to have it delivered and installed, the depreciable basis would be $22,000.

MACRS organizes assets into different classes based on their useful life. IRS Publication 946 includes several examples of the type of property included in each class. Here are a few common examples:

In some cases, the placed-in-service date is the date the property was purchased, but those dates can be different. An asset is considered "in service" when it's ready and available to be used.

The convention you use determines the number of months you can claim depreciation in the asset's first year.

There are three conventions:

Now that you have all the necessary information, you can calculate the percentage of the asset's basis that you can deduct in the first year using the following MACRS formula:

In the following years, the formula to use would be:

To see how that works in practice, say you purchase a computer for $1,000, and the half-year convention applies. Computer equipment is 5-year property, so you need to use the 200% declining balance method.

Using this information, the first year's depreciation expense would be:

The following year, depreciation expense for the computer would be:

Calculating MACRS depreciation can be complicated. If you don't want to handle it on your own, you might want to leave it to your accountant so you can focus on other aspects of running your small business.

How to Calculate Depreciation

Calculating depreciation allows you to spread the cost of an asset over several years. Here's how to calculate depreciation using some common methods.

Section 179 vs. Bonus Depreciation: Which Is Right for Your Business?

Since Section 179 and bonus depreciation are not mutually exclusive, your business can benefit from both. Learn how to leverage this to your advantage. 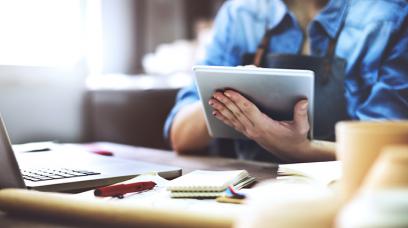 It's tax time, which means it's time to organize your business income and expenses to make sure you get the best possible tax outcome.

What Is Gross Profit?

Gross profit is a key profitability figure for a small business. It's calculated by subtracting cost of goods sold from sales revenue. Here's how you can use gross profit, and the gross profit margin, to measure your business's production efficiency.

Gross vs Net Income: What Is the Difference?

Are you a new small business owner looking to understand your tax return a little more? How are gross and net income related? Here are the definitions of various types of income and how they related to your small business's taxes.

Tax planning is an essential part of growing a business—not a post-year-end activity. When you wait until after the end of the tax year to get started, you miss out on opportunities that could lower your taxable income.