Experience matters, and older entrepreneurs have proven why with recent trends showing their businesses were booming. With the right financial foundation, it is never too late to reinvent yourself—whatever your chronological age. All it takes is the wherewithal to make the leap.

As cliché as that might sound, older entrepreneurs proved it true over recent years by starting businesses and not only sustaining themselves, but also thriving. Studies have shown one of the biggest obstacles standing in the way of older dreamers starting their own business was typically themselves. Move over, Zuckerberg, and let the grown-ups show you a thing or two.

Kimberly Palmer wrote the book, The Economy of You: Discover Your Inner Entrepreneur and Recession-Proof Your Life, and told the New York Times about the buzz it generated among older readers. The name of the book alone—“recession-proof”—had a particular appeal to those approaching retirement, she said.

“They want to leverage their skills and experience into something entrepreneurial,” Palmer speculated in the Times piece.

Entrepreneur John Tubridy spoke from experience when he gave some of his own reasons to get back into the business game after more than two decades in the insurance industry. Tubridy told The Pittsburgh Post-Gazette that a lot of “second-career” entrepreneurs had motivating factors like legacy-building—leaving something for their children—unlike their younger business counterparts.

The Kauffman Foundation and LegalZoom conducted a study last year crunching the older entrepreneurial numbers and found that entrepreneurs between 50 and 59 years old started 20 percent of all new businesses in 2013. The group of 60 years old and over was also responsible for another 15 percent, the study said.

Furthermore, the Kauffman Index of Entrepreneurial Activity found the highest rate of activity attributed to those between 55 and 64 years old over the last 10 years.

The Kauffman study showed the average and median age of U.S.-born tech business founders was 39 years old when they started their companies. Even twice as many were older than 50 when compared to 25 or younger.

And those numbers were only going up. Outplacement firm Challenger Gray & Christmas found that 5.5 percent of jobless managers and executives launched their own businesses in 2013 – a number that shot up 31 percent when compared to 2012 and was the highest in five years.

So throw that old impression of the young and chipper CEO taking a stab at their own business, because older business owners have proven they were also a force to pay attention to.

The undiscovered get rediscovered

The New York Times reported on some of the reasons as to why older entrepreneurs were making such a dent in the business market over recent years and outlined somewhat of a perfect storm to allow for such a move. And it all started with a tough job market centering on the glorified young worker, making it a bit tougher for workers over 50 to get hired.

But a newfound desire to be your own boss coupled with the personal and social satisfaction of doing new what you can believe in were what drove older entrepreneurs to start up their new ventures, the Times said.

“For the longest time, we’ve assumed that social entrepreneurship was the exclusive provenance of young people,” Encore.org founder Marc Freedman told the Times. “Now we’re realizing an undiscovered continent of innovation in the growing population over 50.”

Some words of advice

Older entrepreneurs looking to start new business ventures have a unique set of obstacles to overcome before cashing in, the New York Times said. Like the old saying goes, it takes money to make money.

Trends showed a large chunk of new businesses made their way on the backs of personal savings because of banks’ reluctance to give older business owners a boost.

“There’s a lot of red tape, and most banks aren’t interested in financing a senior business startup, which generally runs between $10,000 to $25,000, because it’s too small,” SeniorEntrepreneurshipWorks.org cofounder Elizabeth Isele told the Times. “And age bias can be a big factor.”

But of course, there are some ways around that, like starting your own microbusiness, or even freelancing out of your home or strictly online and take on only a fraction of those kinds of operating costs.

There are plenty of skill sets you can offer if you spent decades working in one career and decide you want to shift gears and start your own business. And despite what some may believe, older age can be an advantage.

Older entrepreneurs have already taken a “by any means necessary” kind of approach to making their mark on the startup scene, tapping into retirement accounts or seeking out difficult development loans, and the numbers showed they came out on top. Louisiana Senator Mary L. Landrieu said it was because of their prowess and unique perspective that was earned over years of hard work.

“In order to continue our economic recovery, we need to change how we view the terms ‘startup’ or ‘entrepreneur,’” she told the Times. “Senior entrepreneurs are especially critical to creating jobs and growing the economy, because they have the right experience and resources to be successful.”

Phil Corso is a journalist and writer based out of Long Island, N.Y. He has been published in countless news outlets thr… Read more 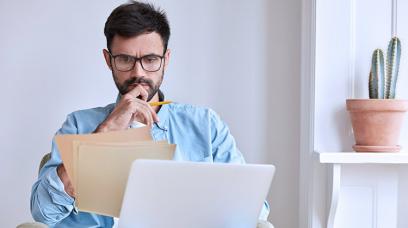