Starting a Business in A Down Economy: The LegalZoom Story

LegalZoom got started in 2001, right around the time the "Internet Bubble" burst. How did that affect how you got the business off the ground?

Brian Liu: Initially, we were optimistic about raising money, but we actually found it very difficult to raise capital. After being rejected again and again, we had to look deep within and ask ourselves whether we believed in this business 110%. Even though we had already quit our jobs, it wouldn't have been too difficult ask for our jobs back. Eventually, after begging our friends and family, we did raise a little bit of seed capital to get the business off the ground, but we also worked for a full year without any salaries.

Did having to "bootstrap" the company shape how you established and grew the business?

BL: Absolutely. It forced us to concentrate on those aspects of the business that set us apart and gave us a competitive advantage. For us, it was a laser-like focus on pleasing the customer. That meant delivering completed legal documents quickly, returning phone messages quickly, and treating every customer like gold. We would do almost anything to make a customer happy.

In a tough economy, many people tend to cut corners in order to shore up profits. Of course, this just makes your customers dissatisfied, and the business suffers even more. We recognized early on that word of mouth is the best advertising any business could have. It's free and it's powerful. So provide a superior service at a great price, make yourself stand out above the competition, and you'll find that your customers will tell their friends and family about you.

You had a hard time raising venture capital at first. How did that influence your approach to starting the business? Have there been advantages because of the initial difficulty?

BL: As I mentioned, no venture capitalist would give us any money. They looked at us as a bunch of lawyers and a techie and doubted that we knew anything about running a business. However, we were determined to make it work.

Looking back on it, I think it's a good thing that we didn't raise that much money. In a tough economy, one of the most important things is learning how to temper an entrepreneur's natural optimism by making smart, conservative business decisions. We could not afford to take big chances, and we were very smart with our spending. For example, we bought all our furniture and computer equipment in fire sales, from companies that were going out of business, for about 15-20 cents on the dollar. We also bartered for services, such as for our computer networking and even our Christmas party. We watched our cash very closely. Our philosophy was that if we could make do with what we had, we would delay spending until we absolutely, positively needed it.
How do you think LegalZoom's culture was affected by the environment that existed for Internet start-ups at the time?

BL: To this day, first and foremost, we're still devoted to delighting our customers by using technology to deliver excellent service at a great price. I think that by starting in a tough environment, we developed good habits that made us stronger when the economy did turn around from 2004-2007.

Internally, we all came from big companies, and we saw the flaws in their organizations. So instead of worrying about dress codes and corner offices, we focused only on what's important: Customer satisfaction. Even now, people at all levels—including me—still work in cubicles and everyone can wear shorts to the office on Friday.

Also, even though it's such a cliché, a company is only as good as its people—it's true! In a tough environment, one thing a small business can do is recruit some exceptional talent—people who probably would not be available (or affordable) in boom times. So if and when you do hire, try to hire the best people that you can. You'll be surprised who you can hire!

One of the big differences between the current economic climate and the 2001 economic climate is that the credit markets seem to be very difficult—would that change the way you'd start a business today?

BL: I don't think there is too much difference, to tell you the truth. I always believe that when you start a business, you need seed capital. It can come from your own savings, or from friends and family. If you need a loan, a SBA loan is a good choice. Since they're government-backed, they aren't too badly affected by the credit crisis. But be careful not to borrow too much money. Conserve as much cash as possible, be creative with financing, and in a tough economic environment, you'd be surprised how far just a little cash will go.

Do you have any other thoughts on starting a new business based on your experience with LegalZoom?

BL: Yes, Make sure that whatever you sell, or whatever service you deliver, you have something that sets you apart, something that makes you better than the competition. Emphasize that point; make it the basis for the existence of the business. Even if we're in a recession, people are still going to spend money, but make sure it's something that people are going to want. And be ultra conservative with your money. Most businesses fail due to overspending or over-borrowing, not from a lack of customers.

Check out this MSNBC video to hear more from LegalZoom Co-Founders Brian Liu and Eddie Hartman about starting a business during an economic slump.

Brian Liu, Co-Founder and Chairman of LegalZoom, was formerly a corporate attorney with Sullivan & Cromwell, a prominent "Wall Street" law firm based in New York. He has extensive experience in initial public offerings, mergers and acquisitions and general corporate law. In addition, Mr. Liu was formerly assistant Vice President - Legal with Oaktree Capital Management, LLC, a leading Los Angeles-based investment adviser with over $35 billion of assets under management. Mr. Liu graduated from U.C. Berkeley Phi Beta Kappa and with honors in Biochemistry. He received his Law Degree from UCLA School of Law. 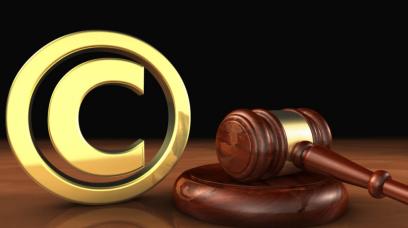 How Do You Get a Copyright on Something?

One thing that makes copyright law so challenging is that copyright law requires analysis of creative works in the abstract. What gives your work that "something" that will result in copyright protection?

How to Copyright a Book