Sales tax nexus laws vary by state and establish which businesses must collect and remit sales tax to a state.

The rise of mobile commerce has enabled small businesses to greatly expand their market reach beyond their local region. However, the trade-off is greater complexity for estimating taxes, especially if a business operates in or sells goods to multiple states. Each state has its own laws and separate sales tax rates to keep track of.

You must determine if you have nexus in a state to know whether you're required to collect and remit sales tax within that state. Nexus is a concept that traces its origins back to the Constitution's due process and commerce clauses. There must be a connection between the state and an entity for the state to tax that entity. A state can claim nexus with an entity in several ways. 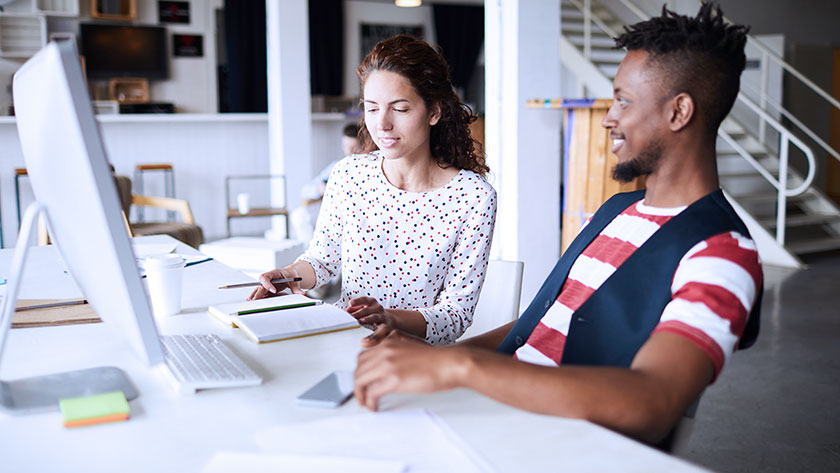 The Supreme Court set a precedent in 2018 called an economic nexus, allowing states to force online sellers to collect and remit state sales taxes in certain circumstances. The Court ruled South Dakota could require sellers with more than 200 transactions or more than $100,000 in sales within South Dakota to collect and remit sales tax to the state. Many states have since adopted similar laws with different thresholds.

Affiliate nexus is one way states creatively taxed businesses that did not meet the traditional physical nexus rules before the 2018 Supreme Court case. This type of nexus says businesses located in other states form nexus with a state if they had a physical connection through certain connections. These connections varied from state to state but often included having in-state affiliates, representatives, employees, or other affiliated entities. The exact definition of the relationships necessary to trigger affiliate nexus is dependent on the laws of the state in question.

Click-through nexus is another form of nexus used by states before the 2018 Supreme Court case allowing economic nexus. This type of nexus is formed when a business works with third parties to drive traffic and sales through website links.

This enables states to claim the companies had a physical presence in the state through the website owners. Many major companies use this practice to drive sales, including large internet retailers such as Amazon.

Affiliate and click-through nexus had started to capture sales tax revenue from online sales. However, states realized they were leaving substantial potential taxes on the table through online marketplaces.

Keeping track of and complying with 50 states' sales tax nexus laws can be overwhelming. Thankfully, third parties have created systems to help with sales tax compliance. These systems can automate the sales tax process and help you comply with applicable laws to save your business headache, time, and expenses. There are fees for these services, so business owners must perform a cost-benefit analysis to see if they're a good fit.

A professional freelance writer and blogger, Lance Cothern is a CPA who has also worked in both public and corporate acc… Read more

How to Start a Catering Business

You can turn your cooking passion into a business by starting a catering company. But it's not as easy as pre-heating your oven.

Changing the name on your Social Security card is simple as long as you provide the necessary original documents and the required form. Learn how and where to submit your documents and form after you've legally changed your name.

Working from home comes with various benefits, such as no commute and a casual dress code. It can also offer potentially valuable tax deductions for people who qualify.

The Ultimate Guide to Sales Tax for Small Businesses

As a business owner in a state that imposes sales taxes, you have an obligation to collect and report sales tax.

Business vs Personal Expenses: How to Know What's Deductible

How to Claim the Home Office Deduction

Working from home offers many attractive perks in terms of flexibility and convenience. Make sure that you also maximize your home office from a tax perspective by claiming your home office deduction.

How to Obtain Old Tax Documents

Do you need old tax documents from the IRS? Here's the difference between a tax return transcript and an exact copy of your tax return. Learn which one is right for your situation and what steps you need to take to obtain them from the IRS.