For years, many professions have required background checks of potential job candidates in the hiring process. But companies that have not been in the practice of checking job applicants beyond the usual résumé have more recently taken to social media to screen potential candidates. A 2012 Social Recruiting Survey from Jobvite shows that 92% of the employers interviewed used or planned to use social networks to recruit new employees—93% use LinkedIn, 66% use Facebook, and 54% use Twitter. Although the practice is becoming more common in the business world, using social media in the screening process can be tricky, as there are implications that employers should be aware of—or they could face legal consequences.

The Problem with Social Media and Hiring Practices

It can be tempting for an employer to peruse a social media site or even do research on a potential candidate to find out more about their personal and professional background to see if they will fit in with a company's culture. However, researching candidates on the Internet and through social media during the hiring process may reveal individual characteristics that would otherwise remain private until the actual interview, such as gender, race and age. This information, along with information about sexual orientation, religion or disabilities, is considered “protected” under state and federal law.

As social media becomes a popular way to recruit potential employees, employers need to be aware of how to act when they learn of private information and whether or not their use of that information in connection to hiring practices violates state or federal discrimination laws. Following are the federal laws that protect employees and potential employees against job discrimination:

Under federal law, race, color, religion, sex, national origin, age, and disabilities is considered “protected” information. If this information is found on a social media site before a face-to-face interview takes place and is used improperly, it could lead to a discrimination lawsuit. Under state and federal antidiscrimination laws, employers cannot lawfully consider any protected information in the hiring process. For example, an employer screening a potential salesperson for a job that involves walking cannot, under the law, take into consideration a picture of the candidate on a social media site with crutches or a cane. On the other hand, if a candidate finds out his or her social media sites were viewed by an employer prior to a hiring decision being made, proving that certain private information was not used during the hiring process can be difficult.

One way to avoid a discrimination lawsuit is to wait until the interview takes place before checking a candidate's social media sites. Yet even this does not fully protect an employer. What if the employer finds out on Facebook that a potential candidate is pregnant? Since she would need to go on maternity leave within the next nine months, an employer might not want to hire her. Can the employer use this newly discovered information during the hiring process? The simple answer is no, as this protected information cannot be used to decide whether or not to hire the applicant and could be the basis for a discrimination lawsuit.

How to Protect Your Company When Using Social Media

Use social media as one of many tools to screen potential job applicants.

The other drawback of using social media in the hiring process is that an employer may be unknowingly limiting the scope of potential candidates. Surveys have shown that Latinos and African Americans use social media less than whites, which means social media should only be used, if at all, in addition to the traditional job posting avenues—including newspaper advertisements, job fairs and job boards. That way, the company will not be seen as not respecting equal opportunity employer guidelines.

Screening job applicants through social media should be used as an extension of other hiring tools and not as a stand-alone practice. However, if the above tips are followed in the hiring process and applied consistently to every applicant, your company can go a long way toward protecting itself from discriminatory hiring practices. 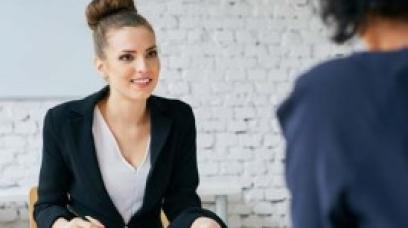 Having the right employment application for your business can help you zero on in the employees who will fit into your company. Here are some tips on streamlining this process. 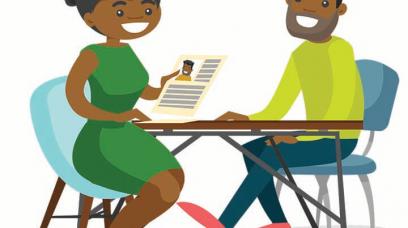 Customizing a Job Application Template to Fit Your Business

Customizing a job application template to fit your business may seem like a daunting task. It doesn't have to be. Make sure your application fits your branding. Keep a keen eye on federal, state and local laws when creating your questions. 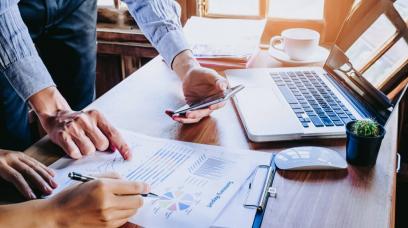 How Corporations are Taxed

Insuring Your Business: 5 Questions and Answers About Business Insurance

Prepare for the worst with business insurance. It's an important way to protect your business against accidents, lawsuits, liability, and more. 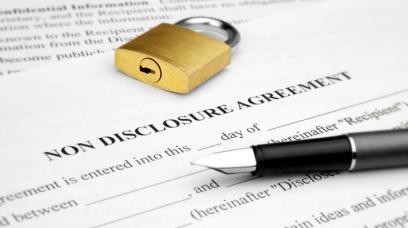 It seems like everyone you talk to has advice on how to make your business successful. Much of what's out there, however, isn't proven wisdom. Make sure you're not buying into these myths about starting your own business.