The rights to most of the creative works of one of America's great entertainers, Sammy Davis, Jr., have been awarded to his son, Manny, after a contentious will contest in Los Angeles County's celebrity-drenched downtown courthouse.

The rights to many of the creative works of one of America's great entertainers, Sammy Davis, Jr., have been awarded to his son, Manny, after a contentious will contest in Los Angeles County's celebrity-drenched downtown courthouse.

LegalZoom will upheld in Los Angeles

Altovise Davis had created a fill-in-the-blank, self-help will online from her Los Angeles home through LegalZoom.

The judge ruled that the LegalZoom will be fully enforced because it met with all the legal requirements. “I think that full weight should be given to the document as an expression of Mrs. Davis's intent with regard to her estate and what she wanted to happen to it,” Goetz ruled.

Goetz found that even had the will been improperly executed, “I think the intent of Mrs. Davis was clearly stated.”

Sammy Davis, Jr., left much of his estate—and most of his career-related assets—to his wife, Altovise, when he died in 1990. A will was created in Altovise's name in 2004, leaving her estate to her two business partners—two New Yorkers—whom she subsequently accused of defrauding her. Four years later, Altovise signed onto the Internet and purchased a new will from LegalZoom, leaving everything to Manny, her only son.

Davis, Jr., was the most famous African-American entertainer of the mid-20th century, cutting more than 48 records and albums, appearing in 39 films, several books, and acting and dancing in half a dozen Broadway productions. He was a famous member of the storied “Rat Pack,” a group of entertainers who gathered around Frank Sinatra.

The estate is worth more than $10 million, according to one estimate. Manny's inheritance hung entirely on the thread of his mother's LegalZoom will.

Manny Davis, 33, said his father was brought up in Vaudeville. “He had all the skills in addition to singing—comedy, dancing, impressions, and acting.”

“He loved being on stage,” said Manny. “He loved making people happy.”

After his father died in 1990 from cancer, his mother fell under the influence of the business “partners,” who allegedly used liens, mortgages, and powers of attorney to gain partial control of the Davis legacy—and much of his widow's assets. Witnesses at the Los Angeles trial testified about her victimization.

“It still amazes me, as the days go by, to learn just how much she was taken advantage of,” Manny said.

Manny won on all counts. The key witness was Davis's co-writer Burt Boyar, who had helped the star write his autobiography and later memoirs. Boyar worked with Manny's mother to complete the LegalZoom will.

The key finding was that the simple, do-it-yourself LegalZoom will “adequately conveyed her intent,” said Olu K. Orange, Manny's attorney. “The process by which it was created was user-friendly, so that even non-lawyers could create a will that stood up in court against a document drafted by attorneys and witnessed by three persons, and notarized in New York.”

“The other side questioned whether the will accurately reflected what Mrs. Davis wanted to be in the will,” Orange said. “It was very clear, based on looking at the will from LegalZoom.com and listening to the witnesses, that the will that was produced from the LegalZoom forms was exactly what she intended, as far as the disposition of her estate.”

So Manny now owns many of the rights to his father's creative legacy.

Manny reveled in his reclaimed legacy. He recalled his father's addiction to playing the popular video game “Pac-Man”, and that the two of them competed intensely.

And what was Sammy Davis, Jr.'s fatherly advice to him?

“He told me, ‘Always find the pattern.'”

LegalZoom can help you protect your estate with one of several estate planning documents. If you’re not sure what you need, we can help you decide. 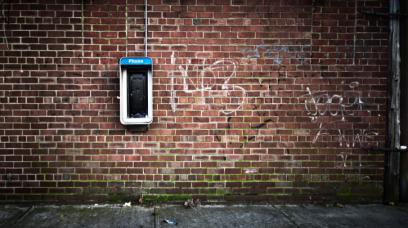 7 Things We've Lost - and Gained - In the Internet Age

Take a trip down memory lane to revisit what we used to do and how our lives have changed. 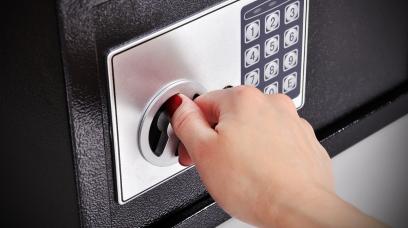 Where to Store a Last Will

After you've made a last will, one question many people have is where to store the document. Before you decide to store it in a plastic bag in your freezer, one thing to note is that you have options for where to safely store your will.