If you've watched television over the last few years, you've probably seen one or two of the more controversial anti-smoking ads that run during prime viewing hours. In one commercial, the camera zooms in on fatty deposits squeezed from the aorta of a 32-year old smoker. Another commercial features cowboys and models, traditional tobacco icons, cuddling up to body bags. So why aren't the tobacco companies outraged by these advertisements?

If you've watched television over the last few years, you've probably seen one or two of the more controversial anti-smoking ads that run during prime viewing hours. In one commercial, the camera zooms in on fatty deposits squeezed from the aorta of a 32-year old smoker. Another commercial features cowboys and models, traditional tobacco icons, cuddling up to body bags. So why aren't the tobacco companies outraged by these advertisements?

It all started back in 1998. As part of a $206 billion dollar settlement, major tobacco companies like Philip Morris agreed to pay for advertising campaigns to educate consumers about the dangers of tobacco. Not only were they barred from advertising their own products or sponsoring events geared towards teenagers, they also had to contribute millions annually to support these anti-smoking ads in every state

The settlement mandates that these anti-smoking ads cannot personally vilify or attack the tobacco companies. Under the terms of the settlement, violating the clause can pose big problems for any anti-tobacco group. Just ask the American Legacy Foundation.

With a total endowment of $1.45 billion, the American Legacy Foundation is by far the largest anti-tobacco advertiser in the country. They are brains behind the TRUTH campaign, whose controversial ads have been banned on major networks.

In one TRUTH ad, a young woman enters Philip Morris corporate headquarters with a large suitcase labeled "LIE DETECTOR" and demands to speak with Philip Morris marketers. Security guards escort her to the door. Another commercial, also shot in front of Philip Morris headquarters, shows teenagers unloading body bags by the hundreds, yelling, "Do you know how many people tobacco kills every day?"

Do these ads vilify tobacco companies? The Legacy Foundation doesn't think so. Nor do they see any problem with an earlier spot, featuring a "Demon Awards" ceremony in Hell. In this commercial, a tobacco executive accepts an award for "Most Deaths in a Year," while Adolf Hitler, Joseph Stalin, and members of the Ku Klux Klan cheer him on.

The removal was not enough to avoid heat from the Attorney General of North Carolina Michael F. Easley. He warned the group that settlement dollars were intended to be used for "anti-smoking, health-related ads, and not for ads designed to vilify the tobacco companies." He further threatened to yank their settlement dollars if the foundation continued to violate the anti-vilification clause.

The foundation responded by pulling the ads, infuriating anti-tobacco activists across the country.

"How can you run an anti-smoking campaign and not vilify the industry?" asked David Kessler, former head of the Food and Drug Administration. "It would be better not to take the money if the industry is able to pull the strings."

Philip Morris and other tobacco giants may be able to pull strings at the American Legacy Foundation, but other nonprofit anti-smoking organizations are not bound by the anti-vilification clause, even though they receive funding from the tobacco settlement.

The Partnership for a Healthy Mississippi is one such nonprofit coalition. They paid $12.5 million for an ad designed to play on the sympathies of animal rights activists. "Frances, the Lonely Lab Monkey" starred in a commercial in which she is forced to inhale nicotine while corporate tobacco researchers in lab-coats observe her, laughing.

Because of the structure of the settlement, tobacco companies are powerless to stop vilifying ads from nonprofits such as these.

Anti-smoking activists argue that the ends justify the means when it comes to these commercials. They argue that the ads educate the public, and reduce tobacco deaths by persuading teens not to smoke.

It begs the question: do anti-smoking advertisements really get through to America's youth?

One focus group in Minnesota suggests that they do not. Three 17-year-old high school students, all smokers, were shown a commercial in which teenagers sarcastically "thank" the tobacco industry for targeting youths in their ads. The students in the group were not impressed. "I can't see it stopping me," said one student, who smokes a pack a day. "When I want to stop, I'll stop. When a family member dies, that might give me a reason."

According to American Institute resident scholar John Calfee, who studied all available evidence about teens and smoking in his book Fear of Persuasion, advertising has little to no effect on teenagers when it comes to their decisions about smoking. Calfee found teens are influenced by peer pressure, not commercials, and that commercials do not convince teens to stop smoking, or to start.

But anti-tobacco activists point to surveys, such as the 2000 edition of the Florida Youth Tobacco Survey, which found that the number of young smokers in Florida had declined by 79,760 since the TRUTH campaign began.

The tobacco settlement has resulted in an unprecedented reallocation of profits, from the hands of tobacco executives into those of the anti-smoking activists. Perhaps this irony is best summarized in one of the TRUTH's less graphic ads, one which depicts teenagers confronting magazine editors whose publications accepted tobacco advertisements. The teens are given the run-around as they try to ask why the editors took tobacco dollars - the very same dollars that paid for the commercial. 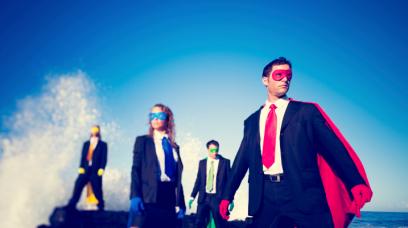 Force fields are no protection against copyright and trademark lawsuits. Many of our best-loved superheroes (and the millions of dollars they rake in) have been the subjects of intellectual property disputes. It takes authors, comic book publishers, and movie studios to build iconic superhero franchises, but who gets the credit—and the cash—for bringing our heroes to life?